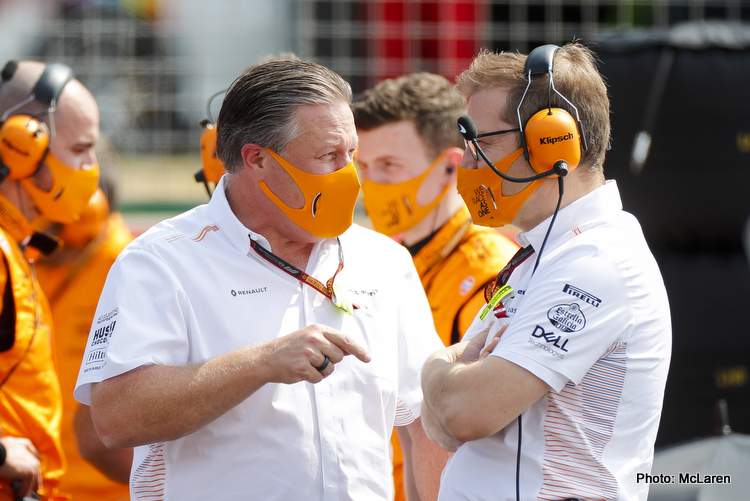 McLaren boss Zak Brown mocked Racing Point’s handling of Canadian driver Lance Stroll’s COVID-19 positive on Friday and questioned the team’s claim to test more than anyone else in Formula 1.

Stroll tested positive after he returned to his home in Switzerland on Oct. 11 after feeling sick and missing the Eifel Grand Prix.

Racing Point said the driver had consulted a family doctor by telephone while isolating at Germany’s Nuerburgring and was told he did not have COVID symptoms. Stroll had been negative in previous tests.

He was the team’s second driver to contract the virus after Mexican Sergio Perez in August. Team owner Lawrence Stroll, Lance’s father, has also tested positive.

“If I look at the Racing Point incidents I would probably test anyone that isn’t feeling well, daily,” Brown told reporters in a video news conference at the Portuguese Grand Prix.

“I don’t know who the doctor was. I don’t know if it was Dr Mallya, Dr Seuss, maybe it was Dr Dre. Maybe next time around we should be testing when anyone has any sorts of symptoms because we know how dangerous this is.”

Racing Point principal Otmar Szafnauer said the team, who were warned by the governing FIA after failing to report immediately on Stroll’s status, had done nearly 20,000 tests of which 15,000 were at the Silverstone factory.

Brown questioned that, however, “I’ve just heard Racing Point tests more than any company on the planet. I’m not sure how you substantiate that.”