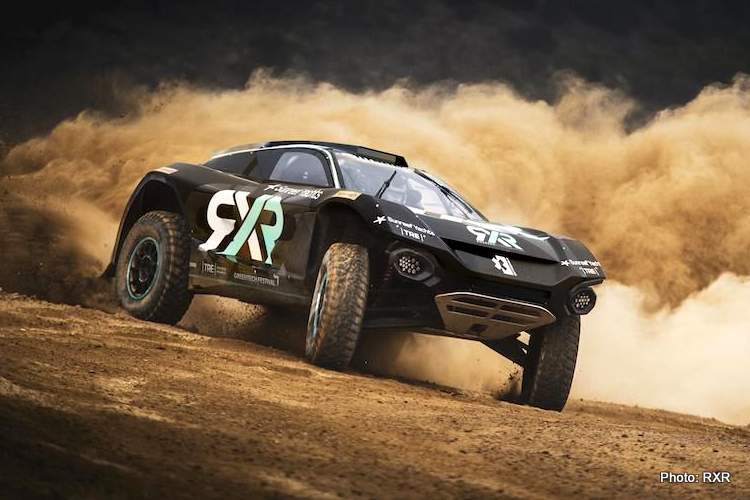 Rosberg, who retired from Formula One after beating Hamilton to the 2016 title, announced on Thursday that his Rosberg Xtreme Racing (RXR) had become the ninth team confirmed for the inaugural season.

Extreme E said in September that Hamilton, heading for a record-equalling seventh F1 championship this year, will enter his own X44 team to compete in remote and harsh environments.

Rosberg, like the Briton, is an outspoken campaigner for the environment and sustainability.

We are Rosberg Xtreme Racing ⚡️ Joining the new @ExtremeELive we are committed to using our platform to draw attention to the increasing effects of environmental damages 🌎 Follow our channel and be part of our journey ✌️ #RXR pic.twitter.com/Nhh4n8rByW

“We have been talking about this project for many months and we are thrilled he has chosen Extreme E for his formal return to motorsport as Founder and CEO of his own racing team,” said Spaniard Agag.

Hamilton will not be driving or operationally involved in his team while Kimmo Liimatainen will be team principal of RXR with Rosberg overseeing development as founder and chief executive.

“The series represents an amazing opportunity to not only drive awareness but also inspire action in the fight against climate change — the single biggest threat to our planet today,” said Rosberg in a statement.

“Since retiring from F1 I have dedicated my career to sustainable technologies so to be able to combine these endeavours with my passion for racing is incredibly fulfilling,” added the German.

Extreme E’s five races, without spectators but to be broadcast live on TV and social media, will be in West Africa, the Brazilian rain forest, Greenland, the deserts of Saudi Arabia and mountains of Nepal.

All locations are either already damaged or severely under threat from a range of issues such as rising sea levels or deforestation.

The teams will race identical SUVs, with each one having a male and female driver.

We are Rosberg Xtreme Racing ⚡️ Joining the new @ExtremeELive we are committed to using our platform to draw attention to the increasing effects of environmental damages 🌎 Follow our channel and be part of our journey ✌️ #RXR pic.twitter.com/Nhh4n8rByW