Piastri, Zhou and Lundgaard to test for Renault in Bahrain 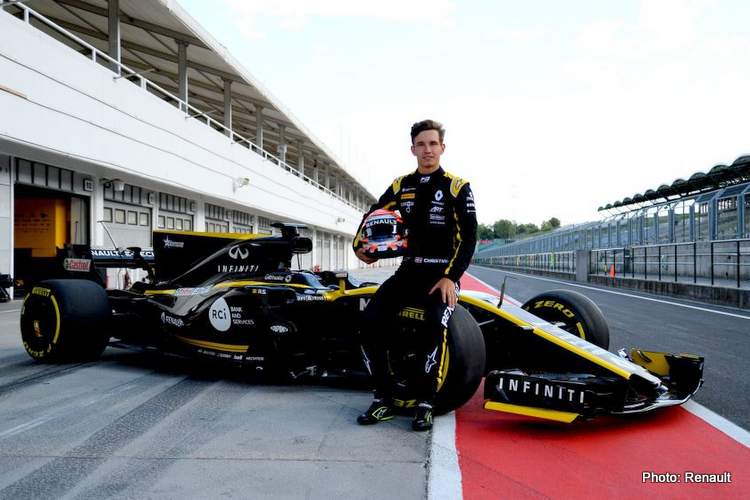 Recently crowned Formula 3 champion Oscar Piastri is set to become the first Australian in over a decade to participate in a test for a Formula 1 team.

The 19-year-old is one of three youngsters selected to participate in the four-day test in Bahrain for Renault starting on October 29.

Danish Formula 2 driver Christian Lundgaard will be behind the wheel for the opening day of the test before Piastri takes over for day two on October 30.

It will be Piastri’s first experience in an F1 car and the first time an Australian has made their on-track Formula One testing debut since current Renault star Daniel Ricciardo in 2009.

China’s Guanyu Zhou will then complete the last two days of the test at the Bahrain International Circuit.

“It’s safe to say I am very excited … it will be my first test in a Formula One car, so it will definitely be a moment to cherish and remember for a very long time,” Piastri said.

“There will be lots to learn on the day, such as getting used to the power, downforce and braking of the car and it will all be a challenge, but I love tackling new ones.”

Next weekend looms as just the start of Piastri’s path to F1 with Renault Sport Academy director Mia Sharizman indicating the Melbourne product is firmly part of their future plans.

“In this case, what we expect for him is not just a taste,” Sharizman said.

“It is a reward, firstly, for winning the (F3) title but giving him a first day is already a plan for us for the next two years with the ultimate aim of driving in Formula One with us as a race driver.

“So, this is just the first day of many for him.”