Haas: We have a lot of good memories together 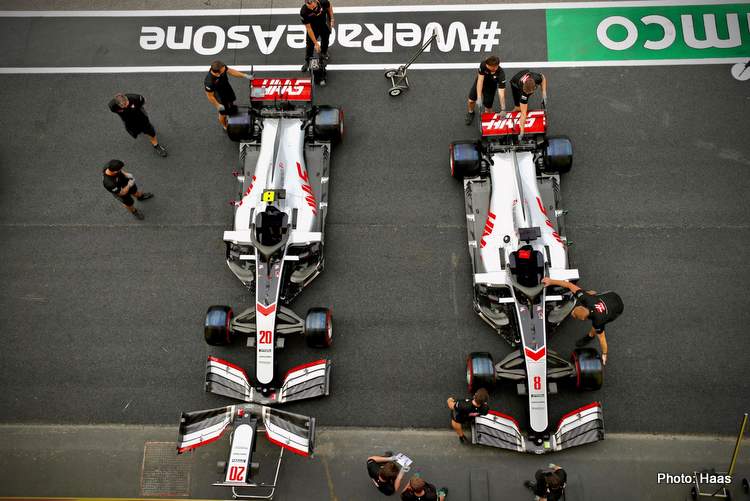 The departure of Kevin Magnussen and Romain Grosjean from the Haas F1 Team brings an end to an era for the sport’s youngest team, after the announcement earlier today on Twitter by both drivers, their team released the following statement:

Kevin Magnussen and Romain Grosjean are set to part ways with Haas F1 Team at the conclusion of the 2020 FIA Formula 1 World Championship.

Grosjean has been with the American outfit since 2016 with Magnussen signing one year later – the four-year partnership currently only matched in tenure by the Mercedes duo of Lewis Hamilton and Valtteri Bottas.

Grosjean memorably scored points on Haas F1 Team’s debut in Formula 1 – the Frenchman steering his way to a sixth-place finish at the season-opening Australian Grand Prix back in 2016. He subsequently followed that up with a sublime fifth-place score next time out in Bahrain.

It was in 2018 that Magnussen scored his career-high ninth place in the Drivers’ Championship. The Dane scored top 10 finishes in 11 out of 21 races behind the wheel of the VF-18 – including a pair of fifth place finishes in Bahrain and Austria.

“I want to extend my thanks to both Romain (Grosjean) and Kevin (Magnussen) for their hard work and commitment to Haas F1 Team over the past few seasons,” commented Guenther Steiner, Team Principal of Haas F1 Team.

He continued; “Romain was a fundamental part of our establishment as we sought to get a driver onboard with both speed and experience. His results in early 2016 were a just reward, not only for his own talent, but also for the sheer amount of effort the team had put in to be on the grid that season.

“When Kevin joined a season later, we saw an immediate return with both cars scoring points, and of course, our first double points finish in Monaco that year. We have a lot of good memories together – in particular our 2018 season when we finished fifth in the standings in only our third season.

“Romain and Kevin played a significant part in that success. Of course, there is still plenty of racing left in the 2020 season. It’s been a challenging year, no doubt about that, but both drivers have given their all behind the wheel of the VF-20.

We value their inputs and experience to keep pushing the team forward through to the Abu Dhabi Grand Prix in December,” concluded the Haas team boss.