Resta: Ferrari will redevelop the rear of the car for 2021 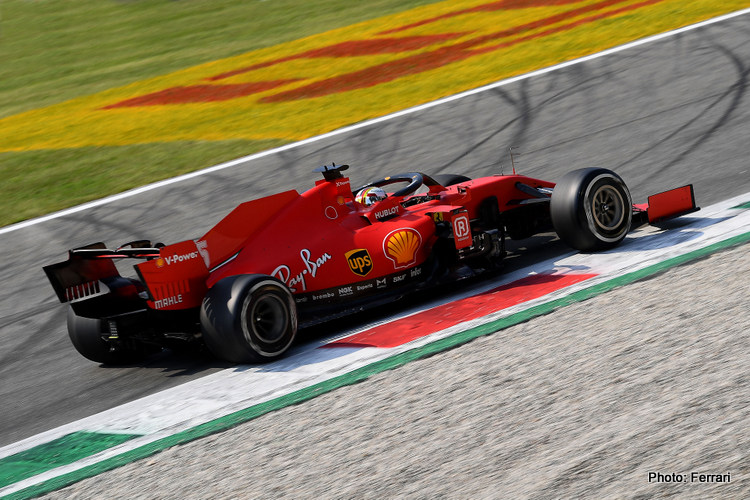 Ferrari’s head of engineering Simone Resta said that the team will focus on upgrading its rear end ahead of the 2021 Formula 1 season.

The Scuderia have struggled for much of this season so far and sit sixth in the constructor’s championship, with its power-unit under-powered following last year’s settlement with the FIA.

Due to the financial impact of COVID-19, F1 teams will be able to make limited changes to their 2020 cars going into next season, with a token system set to be implemented to control development.

Asked where Ferrari would focus its tokens going into next year, Resta said the rear end of the car was the priority.

“We will redo the rear of the car,” Resta told Italian publication Autosprint.

“We think that this is the area that will allow more room for development between chassis and aerodynamics for 2021.

“Furthermore, the rear of the car will be affected by regulatory changes that the FIA are introducing to reduce the aerodynamic load in order to limit the stress on the tyres.

“As a result of these [floor] changes, all teams will lose a number of points of downforce, and it will be essential to work to recover as much as possible.

“All of this makes us believe that the most important area in which to spend development tokens is the rear.”

The Italian team will also look to make improvements to its power-unit, although it will have to be frozen from the first race of next season.

“Freedom is not as total as it appears,” he added.

“You can develop [the engine] freely but it will be frozen from the first 2021 race onwards. Then you can’t touch it any more.

“The aerodynamics, even if free, are still limited in form by what [structure] is underneath. You have to consider aerodynamics like a dress: it must be worn over a body, so in a certain sense the dimensions of the body affect the final shape.

“So if the [F1] nose structure remains the same, I may be able to design a new front wing but my creative autonomy will still be limited.

“All these freezes and limitations lead us to think that we will find it difficult to reasonably recover in a single season the gap we have now to the leaders.”