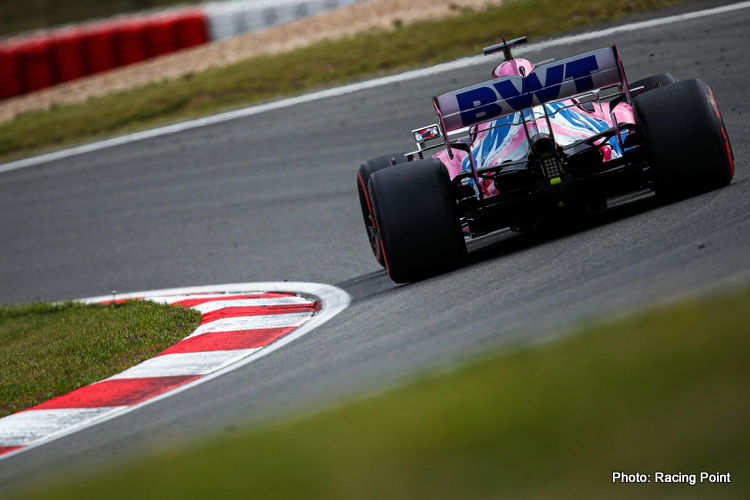 Racing Point has confirmed it will use the gearbox and related suspension parts of the 2020 Mercedes W11 next season, as part of its controversial technology-sharing agreement with the world champions.

A contentious issue with rival teams ever since it debuted in preseason testing, Racing Point’s RP20 chassis is widely considered a facsimile of Mercedes’ 2019 W10.

And while some aspects of a Formula 1 car are allowed to be copied, 2020 saw a new requirement for its brake ducts to be designed-in house, which Racing Point was found to have breached by the FIA, to the tune of a €400,000 fine and the loss of 15 championship points.

In a similar vein, the Silverstone outfit – which is set to rebrand as Aston Martin’s works team – has faced further opposition for its plans to upgrade its 2021 chassis with the rear end of the W11, as it does not require the use of the two chassis development tokens allotted to each team by the FIA.

Regardless, Racing Point technical director Andrew Green says the governing body hasn’t raised any objections, and the team intends to go through with the changes.

“The rules allow us to do it,” he told Autosport. “We’re going ahead and doing it, we’ve cleared it with the FIA, and they have no problem with us doing it.

“The rules as written allow the teams to bring their cars up to the 2020 specification, which I think is only fair.

“Just because we elected to run 2019 suspension before COVID started shouldn’t be held against us. We should be allowed to bring our car up to the same specifications everyone else has got.

“So what they want to do is penalise us and keep us running two-year old parts, rather than bringing it up to date.

“It’s not like we’re getting an advantage and bringing ’21 parts of the car. It’s only bringing it up to the same as they’ve got now.”

Currently sitting third in the constructor’s championship with its ‘Pink Mercedes’, Racing Point  is on-track for the best season in its history. Its previous best were back-to-back fourth-places in 2016 and ’17, when it was known as Force India.