Hamilton: It’s going to be close between us and Max 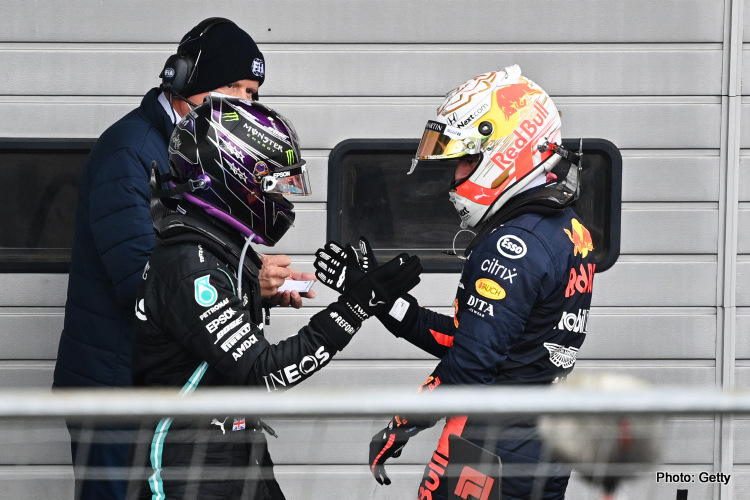 Max Verstappen will offer an increasingly tougher test to Mercedes over the next 12 months, warns Lewis Hamilton.

On the cusp of a record-equalling seventh Formula 1 driver’s championship, Hamilton suggested he would have a harder time adding to his seven wins this season with Verstappen and Red Bull on the rise.

“He’s such a great talent, he’s so fast and consistent,” Hamilton said to Sky Sports of Verstappen. “So it’s not easy to beat this young up-and-coming champ.”

Certainly it wasn’t easy for Hamilton in qualifying last time out at the the Nurburgring, where he only beat Verstappen by 0.037 seconds. And while the Dutchman never seriously challenged him for victory in Sunday’s race, he was able to snatch fastest lap in what the Briton is interpreting as a sign of things to come.

“You saw they had the fastest lap at the end [at the Nurburgring], and I pushed as hard as I could to get the fastest lap. So they’ve got a great car and I think they [Red Bull] are continuously improving.

“So I think it’s going to be this close between us, particularly for the rest of the season.

“There’s going to be tracks that might favour them, maybe, and then going into next year it is a similar car to what we have so I think you’re going to see the closest racing probably between us two and our team in the next 12 months.”