In the Pitlane: Good night Vietnam 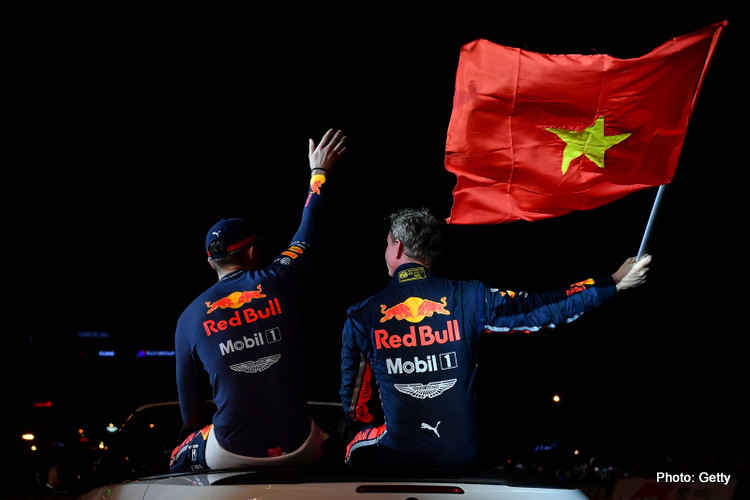 The long-expected cancellation of the Vietnam 2020 race has struck another COVID-19 blow to Liberty Media’s finances.

In an interview with the New York Times in 2018 after announcing Vietnam as a new race, Chloe Targett-Adams, the sport’s global director of promoters and business relations (boy do they love their job titles) explained Liberty’s strategy.

“Formula 1 saw an opportunity to capitalize on its growing Asian market, building on existing races in Singapore, China, and Japan.

“In Vietnam, we have an incredibly exciting and emerging market, it is one of the fastest-growing economies in the world, and it hasn’t before hosted major events on a global scale.”

For Liberty, the race held a significant departure from the usual contract to host a race.

The race unlike most of the calendar is financed not by a large government cheque but by the private sector in the form of Vingroup, the country’s largest private conglomerate.

Liberty has extracted an annual fee of $60m on a ten-year deal making the Vietnam race a top earner.

Will this be a blueprint in a post-COVID-19 world where countries may be reluctant to underwrite the hosting fees and Liberty instead must rely on the private sector?

This trend has already started with private money funding the Mexican and Singapore races, amongst others.

Vuong, worth $8 billion, made his fortune selling instant noodles, his company was purchased by Nestle for $150m in 2009 and Vuong used the proceeds to fund his move into property development, and as they say, the rest is history.

Vuong is using the race to promote his car manufacturing business VinFast with the race being named the ‘VinFast Vietnam Grand Prix’.

Vuong has invested $1.5 billion in the business.

VinFast launched its first car in June 2019 and is widely regarded as the first volume automotive manufacturer in Vietnam.

The manufacturer is rumoured to be developing a new model, the VinFast President, aimed at the luxury car market.

So, Liberty bags itself a nice healthy fee but does the rest of the paddock also gain?

Well, Vietnam’s economy ticks all the right boxes, pre-COVID-19 the International Monetary Fund stated Vietnam’s GDP would increase by 6.7 per cent. This means Vietnam’s economy is larger than Singapore ($337 billion) and Malaysia ($336 billion).

Vietnam Grand Prix Chief Executive Le Ngoc Chi summed it up when she told Reuters, “Vietnam is the right country at the right time in the right place.”

It looks like F1’s major players tend to agree.

Mercedes first opened a factory in Ho Chi Minh City in 1995 and is now expecting wealthy Vietnamese to fulfil their dream of buying a German luxury car.

Ferrari opened their first dealership in October of last year in Phu My Hung, a luxurious residential district of Ho Chi Minh City.

Mr. Dieter Knechtel, CEO of Ferrari Far and Middle East Hub at the opening ceremony commented, “It’s a great honor for us to be here officially in Vietnam, one of the fastest-growing economies in the world. This fantastic development underlines the importance of the Vietnamese market for Ferrari.”

Aston Martin has also joined the party in Ho Chi Minh City with a plush dealership.

Renault has officially returned in August of this year to the Vietnamese market through a local importer after a five-year absence.

It’s also worth noting when F1’s richest individuals get their chequebooks out to sponsor and fund teams, part of the calculation is F1’s global reach.

Sir Jim Ratcliffe’s INEOS group has licensed INEOS Technology to manufacture polypropylene, a plastic polymer that is used in everything from fridges to carpets to car parts to a Vietnamese refinery – Vung Ro Petroleum Limited.

Dietrich Mateschitz’s Red Bull announced in 2017 an investment of $120m in Vietnam over three years. The Vietnamese energy drink market is estimated at $757m with Red Bull holding a 50% market share.

So F1 going to Vietnam was like most of Liberty’s strategy – primarily about the money.

On a footnote, Mercedes use a motto at their Vietnamese factory, ‘Don’t follow! Be followed!’