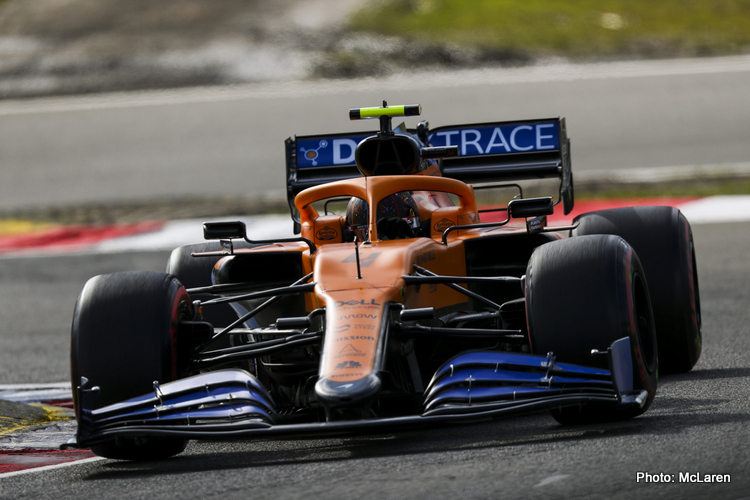 McLaren boss Andreas Seidl has played down expectations his team will challenge for victories when it moves to Mercedes power units next year, suggesting further improvement is needed.

Switching from a Renault supply ahead of the 2021 Formula 1 season, it is widely agreed that McLaren will be getting the best engine on the grid.

However when he was asked after last Sunday’s Eifel Grand Prix whether the new supply would put his team in immediate contention for wins, Seidl answered: “No, we need to be realistic.

“The main thing for me is that we simply keep evolving as a team, which means also we make the next step with the car because that is the only way to get to the front again in Formula 1.

“Of course, with everything I see what is happening back home, the changes that are coming, the development side, it looks encouraging in order to make the next step with the car.”

Formerly Mercedes customers from 1995 to 2014, McLaren subsequently suffered through a disastrous stint with Honda before returning to relevance in the past two years with Renault, and are currently locked-in a three-way fight for third in the constructor’s championship with Renault’s works team and Racing Point.

And yet with only six races left in the 2020 season, much of the focus has shifted to preparing the chassis for next year, with Seidl insisting McLaren he is pleased with the direction his team was taking, even if it remains far off its ultimate goal.

“We are happy, but at the same time we should never underestimate that the competition is working as hard as we do and have also a lot of potential,” he explained.

“Our aim is clear. We want to improve and hopefully we are in a position to put up some good races and some good fights, but it is clear we need to be realistic.

“There is no way to make suddenly a jump and challenge the Mercedes cars.”