Abiteboul: Ocon should not be ashamed of his performances 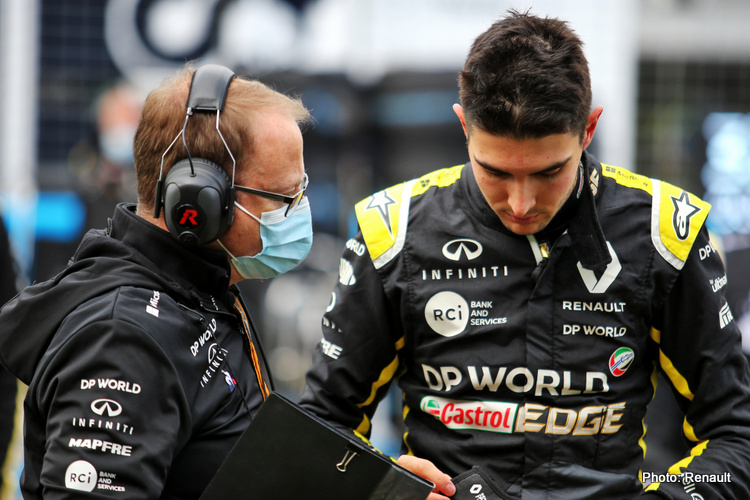 Renault’s Esteban Ocon should not compare himself to teammate Daniel Ricciardo when judging his performances, says team boss Cyril Abiteboul.

Back in Formula 1 after a year on the sidelines, the 24-year-old Frenchman has seen the hype around himself decline as a result of being comprehensively out-shone by Ricciardo.

Through 11 races, Ocon trails in every head-to-head category, with Ricciardo leading the qualifying battle 10-1, race battle 6-1 (excluding DNFs) and in the championship standings 78 points to 36.

Nevertheless, Abiteboul insists Ocon should not be disheartened by the numbers.

“I think he needs to do what he has been doing since a few races that [the results] have unfortunately not really materialised but for reasons that are not in his direct control,” he explained. “It can be clear since Monza, it was difficult, [but] there has been a bit of a reset of Esteban, the way that we are all working together, a lot of discussions, work from Mark Slade, in order to be bringing the steps.

“He needs to be very pragmatic about the situation, which is not a disaster, if you were to remove the points he lost due to lack of reliability he would probably be behind Daniel, by a chunk, but we are talking about Daniel Ricciardo.

“Esteban never had such a strong team-mate, he has had good team-mates, [Sergio] Perez in particular is strong, but I believe Daniel is stronger.”

A seven-time grand prix winner, Ricciardo is indeed one of the most highly-regarded drivers on the grid, and has only seen his star rise after last Sunday’s Eifel Grand Prix, where he took Renault’s first podium since re-entering the sport as a constructor in 2015.

For Ocon then, Abiteboul says he needs to be realistic.

“I think he needs to be very pragmatic, set himself some realistic targets but also look at his current performance which he should not be ashamed of, and build his confidence.

“He needs to also build his ability to be a bit patient sometimes, like a lot of young drivers he has a bit of impatience that leads him to some mistakes.

“But there is no reason this cannot be fixed, and with the support of the team around him it will be fixed.”