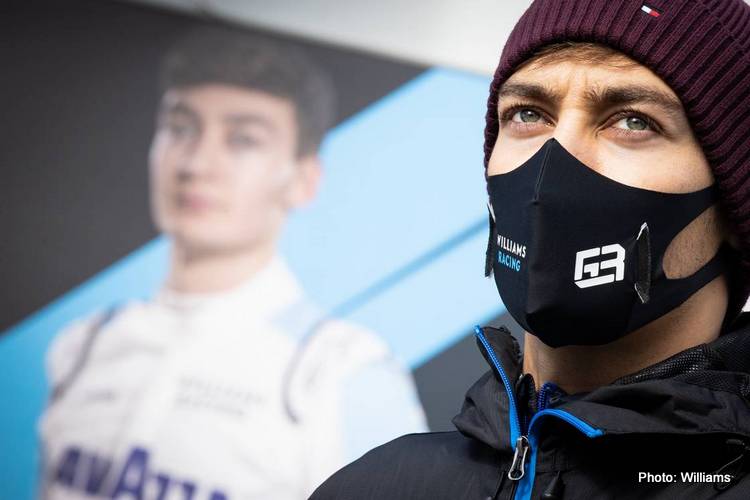 George Russell could find himself without a drive for the 2021 Formula 1 season, according to a report in Italian media.

Per it.motorsport.com, Russell is in danger of losing his seat to Sergio Perez, who is without a drive after Racing Point terminated his contract for next year to make way for four-time F1 world champion Sebastian Vettel.

According to the report, the Mexican, who brings with him extensive sponsorship money, initially targeted a seat at Haas for next season, but those talks have subsided with the team instead zeroing-in on F2 driver Nikita Mazepin, who brings his own sizeable financial backing courtesy of his billionaire father Dmitry.

And while it was made clear prior to the team’s sale this year to Dorilton Capital that Russell had a race seat for 2021, the report indicates the new owners do not see themselves beholden to the old ownership’s promises, leading to a “real risk” of the 22-year-old being forced out of the team.

A Mercedes junior driver, Russell joined the Grove outfit at the start of the 2019 F1 season and has been nothing short of impressive since. Saddled with the worst car on the grid, he has nonetheless managed to stand-out with several strong performances – particularly on Saturdays – and is yet to lose a qualifying battle to a teammate across his 32 race weekends.

Unfortunately for him, the current money Mercedes pay for his seat does not match what Perez could bring, while teammate Nicholas Latifi provides a similar financial boon that Dorilton are apparently unwilling to forego.

Whether Mercedes would be willing to up its price to keep its heir-presumptive to Lewis Hamilton and Valtteri Bottas remains to be seen, but if this report comes to fruition, he could be spending 2021 on the sidelines.