Hamilton: I hope Martin Whitmarsh has forgiven me by now! 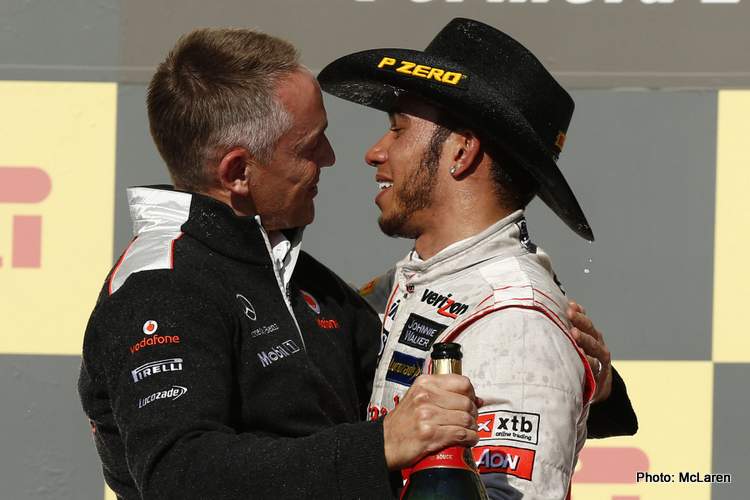 Lewis Hamilton still thinks about Martin Whitmarsh when he recalls his shock decision to depart front-runners McLaren for strugglers Mercedes for the 2013 Formula 1 World Championship.

At the time the decision was met by widespread derision and criticism, predominantly from the English media who collectively predicted his demise. Nearly a decade later, Lewis has his hand on a seventh world title, six of those with Mercedes and one with McLaren.

What would his legacy be had he remained at Woking? His departure signalled the end of their best days from which they are still recovering and remain a shadow of the mighty outfit that Lewis decided to walk away from.

But the Briton still has certain remorse, as he revealed in an interview with Motorsport Magazine, “Calling my boss, calling Martin in particular, was one of the hardest calls that I’ve ever had to make.

“You can’t have anyone else influence that decision. As long as you do your homework, you have got to do what is right for you, and at the time, that is what I did.”

At Nurburgring last weekend, Lewis tipped his hat to the team that gave his break and nurtured him all the way to his first title in F1 back in 2008, he might have bagged it in 2007 too had the team not been embroiled in the infamous civil war and consequent Stepney-gate spy scandal.

Nevertheless, it is clear that Lewis has not forgotten his roots, “Without their support, along with Mercedes, I wouldn’t have made it to Formula 1, being that it is so expensive so there was no way, as family, that we had the sorts of money that some other families are able to throw at this sport.

“That was an exciting challenge and I didn’t know how long it was going to be until we got to winning ways. But I truly, truly believed that we would get there at some stage,” recalled Hamilton who has since won five F1 titles, and at the 2020 Eifel Grand Prix equalled Michael Schumacher’s extraordinary 91 victories in the top flight.

In retrospect, Lewis got it spot on and the naysayers are still eating humble pie but it is highly unlikely his mentor and admirer Whitmarsh will begrudge him that. Quite the contrary one would imagine.