Inside Line: Sir Jackie and Lewis please bury the hatchet 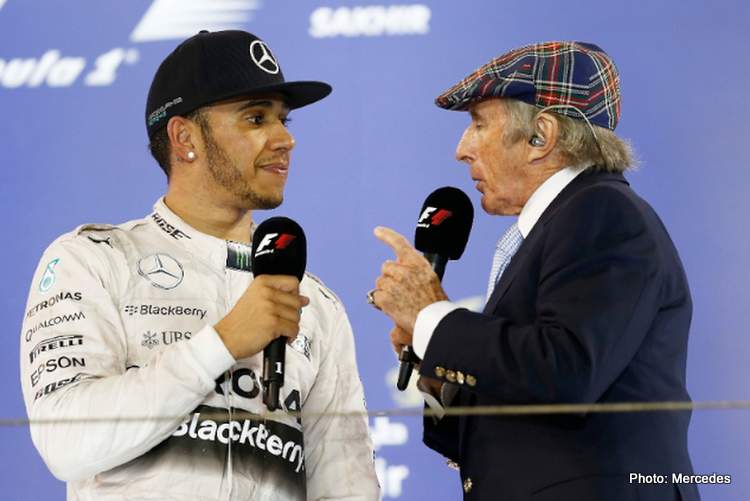 It is time for Sir Jackie Stewart and Lewis Hamilton to bury the hatchet in this whole GOAT debate that has kicked up controversy over opinions.

Everyone is entitled to their opinion, Sir Jackie hails Juan-Manuel Fangio and Jimmy Clark as the GOATs then so be it; Lewis has more than once said that Ayrton Senna is his idol. Done.

But somehow on quiet news weeks, such as this one, someone goes and asks Sir Jackie for his thoughts on Lewis breaking this or that record, knowing the answer will be Fangio and Clark and yet again launch a myriad of headlines.

Seriously, this has to go away and I am going to proffer this suggestion:

Sir Jackie and Lewis should spend a couple of hours together, perhaps a nice meal somewhere secluded with no Sky F1 reporter lurking in the background.

One-on-one and really get to know where they stand regarding a myriad of subjects, the GOAT, safety in motorsport, BLM, great races, old-timers that died, etc. The kind of stuff a couple of guys with nine F1 world titles between them would normally talk about…

I bet they are pretty much on the same page on all the main matters, and that this so-called ‘feud’ between the pair is really fabricated and milked for all it worth because of past soundbites between the pair, concocted to fill website space when gossip runs dry.

Formula 1 does not need these two greats of the sport ‘grenade-ing’ one another on a regular basis.

Lewis has said he only has love and respect for the titans of racing; Sir Jackie has said Lewis is the best of this generation and does not diminish his achievements. They are both on the same page. What is the problem? Move on.

In closing, after the above-mentioned meal and discussion, a handshake between two of the greatest drivers the sport has ever known is long past the deadline, it is time for understanding, peace and reconciliation. Bury the hatchet.

The kind of thing Nelson Mandela would say, not so Lewis?