Horner: Red Bull intend to decide next engine by end of 2020 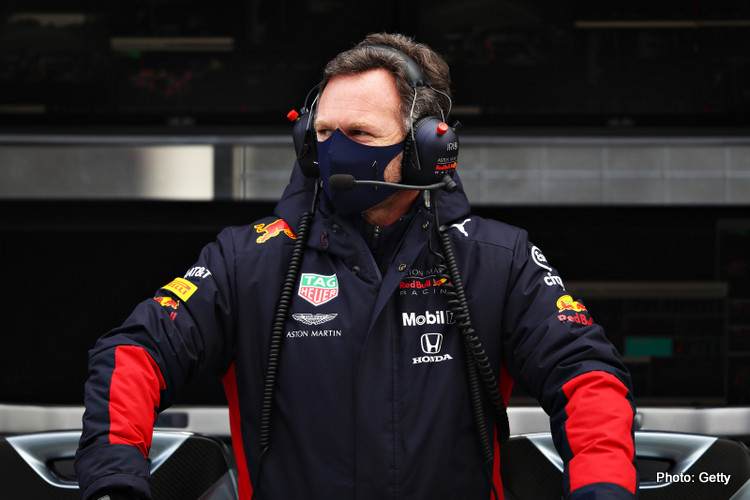 Red Bull is hoping to make its decision about its next power unit supply by the end of 2020, says team principal Christian Horner.

Set to part ways with Honda at the end of the 2021 season, the four-time world champions are scrambling to find a new engine supply for the start of Formula 1’s new technical era in 2022.

Asked at the Eifel Grand Prix when he expected to have a decision, Horner said: “Ideally by the end of the year because of course, the engine forms an integral part within your 2022 design, so ideally by the end of this year, so the design team go into next year with a clear set of parameters.”

As to where the energy drinks outfit was leaning, Horner revealed he has had discussions with all three continuing power unit suppliers – Mercedes, Ferrari and Renault – but suggests a decision remains far off.

“They’re obviously the three current suppliers remaining past the end of 2021, so it’s only natural that we will engage in discussions with those parties,” he explained. “We’ve got a bit of time on our side to evaluate all the options, so inevitably there is always going to be a discussion about engines when you’re without one for the 2022 season.

“I think Toto [Wolff], in his early conferences, obviously made it clear that Mercedes are not keen to supply an engine, so that limits your choice to therefore two current suppliers in the sport. And as I say, we need to take the time to do our due diligence.

“We want to compete and we want to win world championships. That’s the reason that Red Bull is in the sport, that’s what it’s here to do and we can only do that with a competitive power unit and that’s where we need to take our time to, as I say, do the necessary investigation and due diligence.”

Additionally, the possibility has been floated of Red Bull continuing to develop the Honda engine themselves, although Horner stressed that whatever move is made, would be applied to both Red Bull and sister team AlphaTauri.

“I think it’s very much a two-for-one scenario. Due to our synergy project, due to integration of the drivetrain, it’s inconceivable to think that the two teams could operate on different power units and that introduces all kinds of complexities, particularly with IP [intellectual property] etc from the different suppliers.

“So it would be far from ideal to put teams on different power unit solutions.”