Mercedes: We used DAS more than ever at the Nurburgring 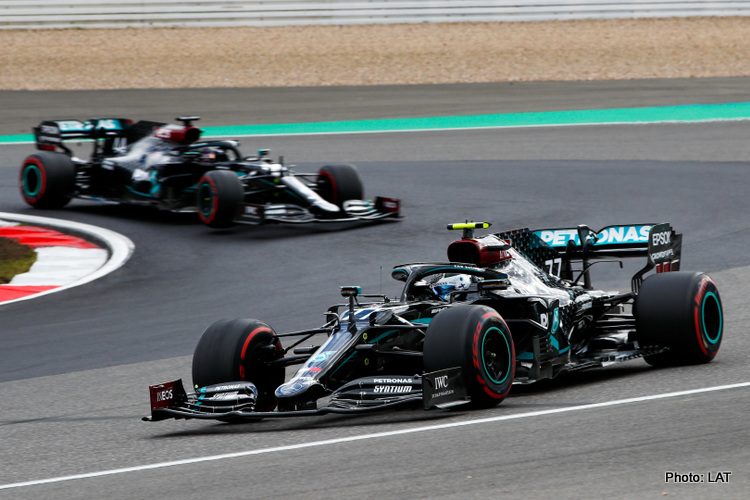 Introduced in pre-season testing ahead of the 2020 Formula 1 season, DAS allows Mercedes drivers Lewis Hamilton and Valtteri Bottas to change the toe angle of the front wheels by pushing and pulling on the steering wheel.

Ever since, there have been multiple theories about the value of DAS on the car relative to both the resources needed for its development and the added weight it would bring, but Vowles says it proved its worth last weekend, where ambient temperatures were in the single digits.

“It is fair to say we used DAS more than ever this weekend,” he explained in a video on Mercedes’ YouTube channel. “In free practice, on single lap work, in qualifying but also during the race. In terms of where we used it in the race it was on the formation lap, but also when we were behind the Safety Car.

“Where we had a number of laps circulating on tyres that were just getting colder and colder. I think it is fair to say DAS was a contributing factor to why our restart was so good and really came into its own this weekend.”

Indeed, at the restart Hamilton was able to quickly get out of DRS range, before going on to record a F1 record-equalling 91st career victory. That said, it certainly wasn’t all smooth sailing for the team as Bottas was forced to retire with an ERS failure after the first virtual safety car period.

“At the end of the VSC period Valtteri complained of a lack of power. We could see on the data that the MGU-H, the hybrid element of the car that produces electrical energy, but also turbo control, wasn’t working correctly.

“We tried a few switch changes with Valtteri which may bring these systems back, so through the steering wheel he could put a default code in that may bring back parts of the hybrid system. It was clear though that it had failed completely even after the switch changes and as a result we boxed the car and stopped it.

“The reason why we did that is we felt that the system failure wasn’t hardware but actually electronic and the sooner you stop it, the less damage you are going to do to any of the systems and the more chance that we will take no penalties with Valtteri as a result.

“We’ve got a lot of checks to do and we will check the systems in Portimao, but hopefully no further penalties will come as a result of this failure.”