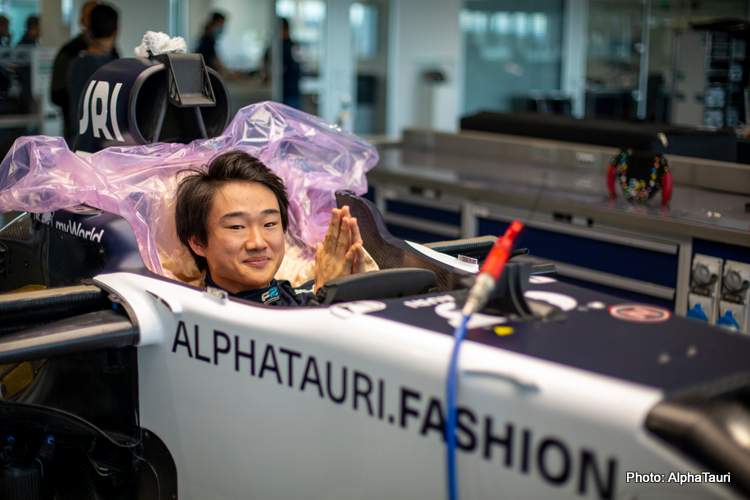 Formula 2 driver Yuki Tsunoda will test with the Red Bull-owned AlphaTauri Formula 1 team at Imola next month, they said on Wednesday.

Honda-backed Tsunoda, who currently lies third in the F2 standings, will drive a 2018 Toro Rosso car – the latest allowed for such a test – on 4 November after the Emilia Romagna Grand Prix at the Italian circuit.

The Honda-backed 20-year-old is a contender to race for AlphaTauri next season and the 300km test will qualify him to take part in a grand prix practice session.

The team’s Twitter feed showed the Japanese having a seat fitting at their Faenza factory in Italy.

AlphaTauri have said their driver lineup for 2021 will be based on talent, regardless of the fact that Honda are quitting as an engine provider at the end of 2021.

They currently have Frenchman Pierre Gasly and Russian Daniil Kvyat.

“A driver comes to AlphaTauri because of his sporting success. It has nothing to do whether Honda continues or not,” team boss Franz Tost told Formula 1 television.

“Yuki Tsunoda is doing a fantastic job in F2, he won two races — one in Spa, one in Silverstone and in Austria in wet conditions he was leading for a long time and because of radio problem, he finished only second.

“He has the natural speed, he has the skills and the rest, we will see,” added the team principal who mentored the likes of Sebastien Vettel, Max Verstappen and Daniel Ricciardo during their time under his tenure.

Tsunoda’s current F2 team boss Trevor Carlin told Reuters on Tuesday that he saw the Japanese as a shoe-in for the AlphaTauri drive.

That first taste of an F1 car 👌

We have @yuki_TY0511 with us in Faenza for a seat fit! 👊
Getting prepped for a previous car outing at Imola on the 4th of November 🤙#AlphaTauri #F1 pic.twitter.com/tmKn2q4BbQ