Inside Line: What Eifel Grand Prix was Mika Hakkinen watching? 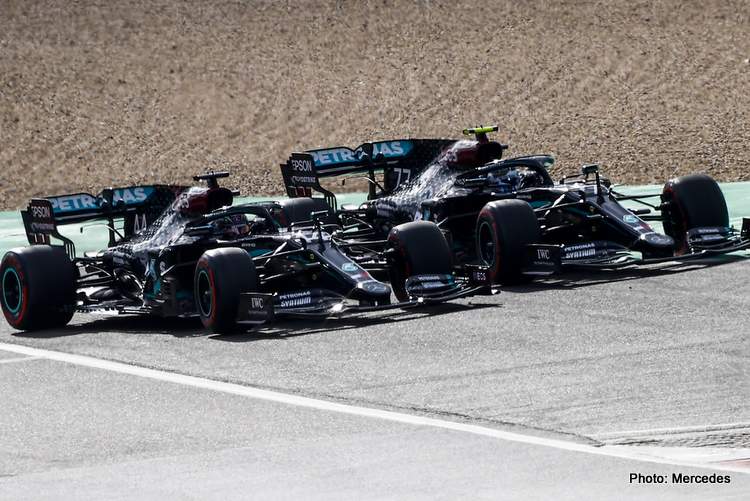 We have the good fortune every week, after a Grand Prix weekend, to have double Formula 1 world champion providing analysis for his Unibet column which we use to source his comments.

It should be noted that the column is pretty sterile, very unlike the man himself who I have had the pleasure of interviewing with colleagues some years ago. He is witty, funny and extremely modest. A proper lad.

But that does not come across in ‘his’ post-race written musings which is probably ghostwritten, very corporate almost the kind of press release you would expect from F1. Not much in there unless you scratch. But it has Mika Hakkinen on the credits.

For the record, any F1 world champion who has anything to say about the sport will be quoted on this site whether we agree with the views or now.

That is their title-winning right as legends of the sport. Any F1 World champion is a mega-hero. A Grand Prix winner a super-hero and everyone who has raced F1 all heroes in my book. But all these heroes have flaws too.

Legend Mika clearly has a soft spot for Valteri Bottas, the bond obviously runs deep and beyond the fact that the two are from Finland. Indeed it is hard to find a time, in his column, that Mika has a had a go at the Mercedes, driver no matter how much he slips up.

Case in point is in his latest Unibet column, this is how Mika saw Valtteri’s race on Sunday”

“Having a strong teammate has been important throughout Lewis’s Formula 1 career, from Fernando Alonso and Heikki Kovalainen to Jenson Button, Nico Rosberg and now Valtteri Bottas.

“Valtteri had a very strong weekend at the Nurburgring, putting together a pole lap that was 0.3s faster than Lewis and racing brilliantly at the start to defend from Lewis and lead the race.

“It’s easy to make a mistake while leading, however, particularly when it has started raining, and Valtteri’s lock-up at turn one on lap 12 gave Lewis an opportunity which he took.

“Although he later retired from the race with engine failure, Valtteri can look back on the weekend with a great deal of satisfaction because if he can out-qualify and race Lewis in this way it will benefit both him and the Mercedes team.”

This is a step too far in distorting reality. Granted I was not trackside at Nurburgring, maybe Mika was, but I did watch the race live, then a second time a few hours later, plus the highlights on YouTube; and also went on board with Valtteri thanks to F1TV.

Also worth mentioning was the fact that Valtteri was stellar in qualifying, pounding Lewis Hamilton by three-quarters of a second is a serious and rare feat. The Finn has 14 top spot starts for Mercedes since he joined them in 2017, the Briton has 34.

But on Saturday, for the umpteenth time, I dared believe this might well be the turning point for Valtteri with such an advantage over his teammate, the only other real contender for the top step of the podium.

Indeed from the start, Valtteri was on it, ballsy and forceful exiting Turn 1 to keep a compliant Lewis at bay. It was stern stuff from the guy in the #77 car which even impressed the World Champ.

But Reloaded turned Wingman, or whatever, when a dozen laps into the race he stomped on the brakes too late, missed the Turn 1 apex by an acre and the rest is history.

Until that point, Lewis stalked his teammate, setting the fastest lap at that point on lap 11 and reducing the gap by four-tenths to 1.1 seconds before Valtteri blew it. Pure relentless Hammertim-pressure which took its toll on his adversary.

This was a self-inflicted mistake that simply won’t be countenanced when duelling Lewis who seldom makes such gaffes, and when rivals do he is there to pounce.

The reality is Valtteri let us all down, Lewis included, because the championship (barring a bizarre miracle) is done and dusted. The only driver capable of giving us a show to the last race failed.

After 73 races as Lewis’ teammate, it is clear that the 31-year-old from Nastola is no match for the soon to be seven times F1 world champion, and one can imagine Valtteri will have left Nurburgring with a heart heavy with realisation and defeat.

Understandably pundits will try and lobby for their fellow countryman, but to flog a dead horse in this way is cruel to Mika’s legacy as one of the greats of our sport. If he is going to be a pundit, he does not have to tow the party line and be a PR guy for the sport – he is far too good for that.

We need to get Mika to call it as is it really is and not through rose-tinted glasses that clearly blur his and thus our reality. Rather say nothing than talk shit. Take a leaf from Jacques Villeneuve, a world champ turned pundit who calls it as he sees it without fear of repercussions because it is his right whether you agree or not.

In closing, with all due respect, I did not see what Mika saw on Sunday on my telly as he mentioned above: “Although he later retired from the race with engine failure, Valtteri can look back on the weekend with a great deal of satisfaction because if he can out-qualify and race Lewis in this way it will benefit both him and the Mercedes team.”