Wolff: Lewis has the best car because he’s the best driver 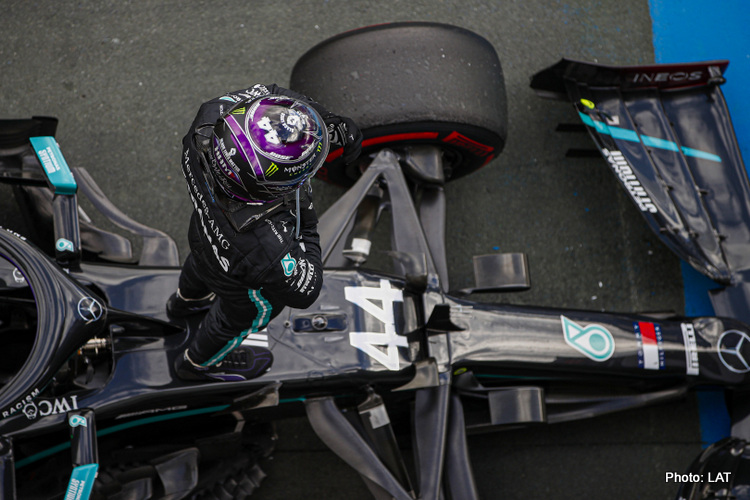 Assertions Lewis Hamilton’s success is down to the car he is driving are missing the point that he had to put himself in a position to earn his seat in the first place, says Mercedes boss Toto Wolff.

Now equal with Michael Schumacher’s Formula 1 record 91 race victories after the Eifel Grand Prix on Sunday, Hamilton has regularly seen others – including drivers past and present – try to diminish his success by highlighting the dominance of his cars, which have won the past six constructor’s titles.

According to Wolff, such claims are completely off-base.

“I read that, and in my opinion, that’s not quite fair,” he said on Sunday. “Winning races and winning championships is always a team exercise in this sport, but you need to put yourself in a position that you end up in the best car.

“You can see lots of talents and skilled drivers took wrong decisions, or not well-advised decisions, and in that respect it was him who joined Mercedes in 2013 and it is him that sits in the car and is able to execute on track with the tools that we provide to him, but it’s always the two that are part of this.

To Wolff’s point, Hamilton’s two Mercedes teammates – Nico Rosberg from 2013-16, and Valterri Bottas from 2017 onwards – are no slouches, but the Briton has recorded 70 victories with the team compared to their combined 31.

At the same time, the Austrian admits it is hard to believe someone was capable of matching Schumacher’s record, even if it is his own driver.

“It’s unbelievable that Lewis has reached those 91 wins,” he said. “For me, Michael stands above all, he’s an icon and personally equalizing that record and us synchronizing the Ferrari record is almost surreal.

“Records are here to be broken, and I think that’s what Michael said as well. And Lewis is still on his journey, but maybe there’s somebody in nursery or school that will one day (race) and go for the Lewis record and this how it should be.”