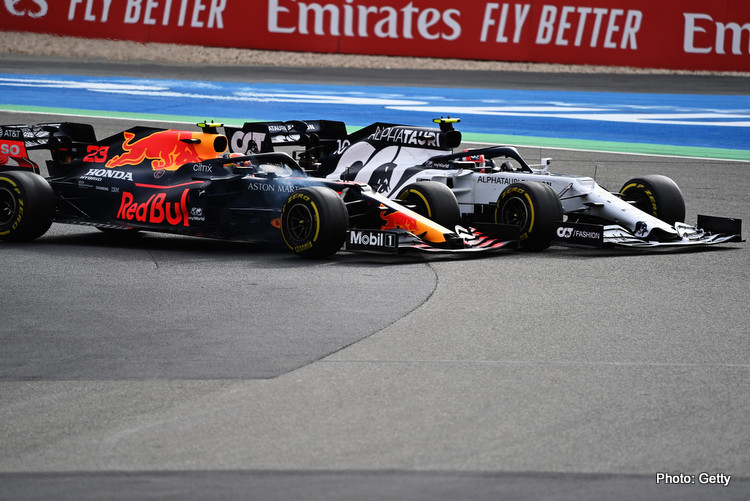 Chasing the AlphaTauri driver in the early stages of the race, Albon attempted a lunge down the inside from several car lengths back into turn 1, but only managed to lock-up his tyres as Gasly turned into the corner.

Immediately afterwards, he was heard complaining on team radio that “they race me so hard” – a remark which has since been widely ridiculed.

Appearing on Dutch Broadcaster Ziggo Sport the day after the race, Verstappen was asked what he had made of his teammate’s comments.

“Of course you should expect Gasly to race hard, because Albon has taken over the seat from Pierre,” he said. “Then it’s logical that he’s making it difficult for him.”

Expanding further, Verstappen explained that it wasn’t simply a case of Gasly holding a grudge, as even though AlphaTauri is an extension of the titular Red Bull team, there is no expectation that their drivers refrain from fighting each other, as long as there is respect.

“Pierre doesn’t have to step aside. Of course you have to let each other live between the two teams,” he said, before conceding Albon’s subsequent incident with Daniil Kvyat was a case of him not holding-up the bargain.

“That didn’t really happen between Alex and Daniil in the end. But, normally we look out for each other a little more”