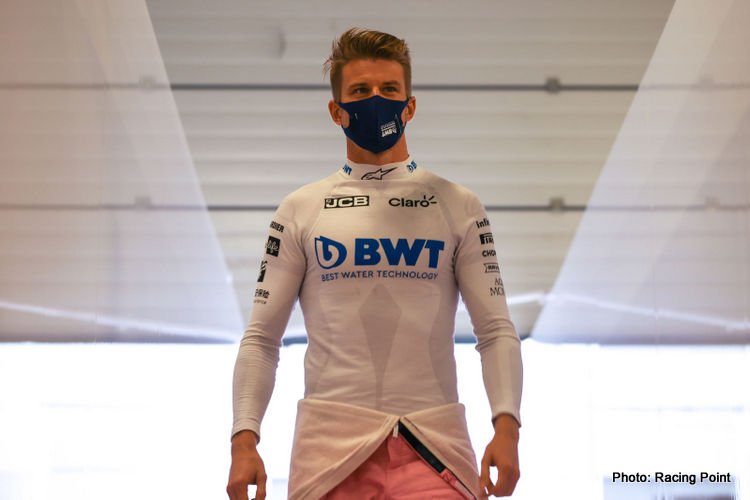 Nico Hulkenberg admitted that the chance of him driving for Red Bull Racing in 2021 was “very small”, following his impressive stand-in drive at the Eifel Grand Prix.

Called up at the last minute to replace the ill Lance Stroll at Racing Point, the German drove from the back of the grid to finish in eighth place and secure a second points finish of the season.

Still without a drive for next season, there has been speculation that the 33-year-old could replace Alex Albon at Red Bull.

Asked about the prospect of driving for the Milton Keynes team after the race on Sunday, Hulkenberg told Sky Germany: “The chance is very small. We know that you will always stand by your Red Bull driver squad. Therefore, it cannot be assumed.”

With Albon seventh in the standings he is coming under increasing pressure, although a move for Hulkenberg would be the first time that Red Bull has chosen a driver from outside its academy since it signed Mark Webber ahead of the 2007 season.

Another potential location for Hulkenberg is Haas, although he appeared to rule out the prospect of joining the American outfit.