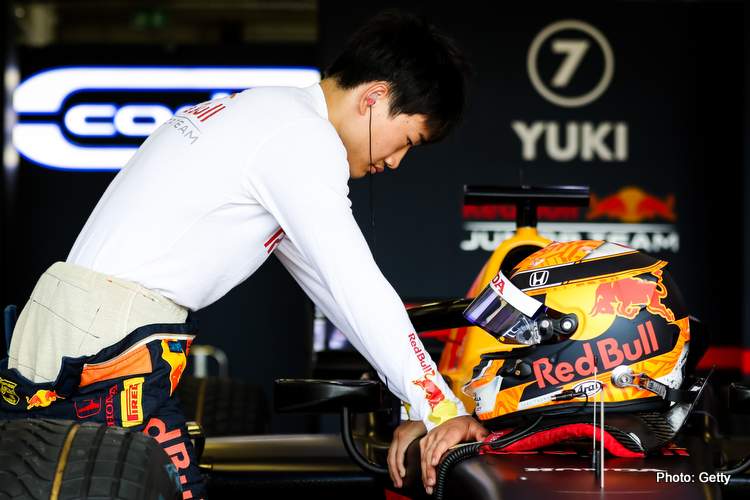 Formula 2 team boss Trevor Carlin reckons Mick Schumacher is a shoe-in to race in Formula 1 with Alfa Romeo next season, and deservedly so, but Yuki Tsunoda is quicker.

Carlin, who has teams in various junior series as well as IndyCar, says his Honda-backed driver is the best Japanese prospect since Takuma Sato, now a two-times Indianapolis 500 winner, 20 years ago.

He expects to see him take the next step as well.

“Certainly Mick’s a shoe-in for Alfa, I’d say Yuki will be a shoe-in for AlphaTauri,” the Briton, who has worked with a line of F1 drivers including world champions Sebastian Vettel and Nico Rosberg, told Reuters on Tuesday.

“I think Yuki’s the fastest driver out there, he’s just had too many DNFs (non-finishes) and incidents that have cost him the championship really.”

Schumacher, the F2 leader and son of seven-times F1 world champion Michael, took the limelight last week before his grand prix practice debut at the Nuerburgring was thwarted by bad weather.

Tsunoda, 20, is third overall and 44 points behind Schumacher with four races remaining but with three rivals close behind.

The Red Bull junior driver needs a top-three finish to secure a superlicence.

The AlphaTauri team are owned by Red Bull and powered by Honda engines, but the Japanese manufacturer is leaving the sport at the end of 2021 although that may not be such a negative for Tsunoda.

“I would just imagine Red Bull will still be using a Honda engine, it just might be called something else,” said Carlin, who felt Tsunoda was a “no-brainer” for AlphaTauri.

“He’s the real deal. He learns so quickly,” added the Briton, who ran Sato in British Formula Three in 2000 and 2001 before the Japanese graduated to F1 with Jordan in 2002.

“He’s the first one that really has come in and hit it hard. He’s a rookie fighting for the title and that hasn’t happened with a Japanese driver for a long, long time.”

AlphaTauri’s current drivers are Frenchman Pierre Gasly, this year’s surprise Italian Grand Prix winner, and Russian Daniil Kvyat. The Italy-based team have yet to confirm their lineup for 2021.

Carlin also had David Schumacher, the 19-year-old son of Michael’s younger brother Ralf, in his F3 team for the final three rounds this year without much success.

The German has a long way to go before he has a realistic hope of adding to the list of Schumachers in Formula 1, however.

“David in reality will be three years away from an F1 opportunity, and he’s got to perform and have the roll of the dice when there’s a seat available,” said Carlin.

“I wouldn’t like to say whether he can make it on merit alone but if he keeps improving as a driver, with his name and contacts, I would say it’s possible.”