Vettel: I probably took too much of a risk 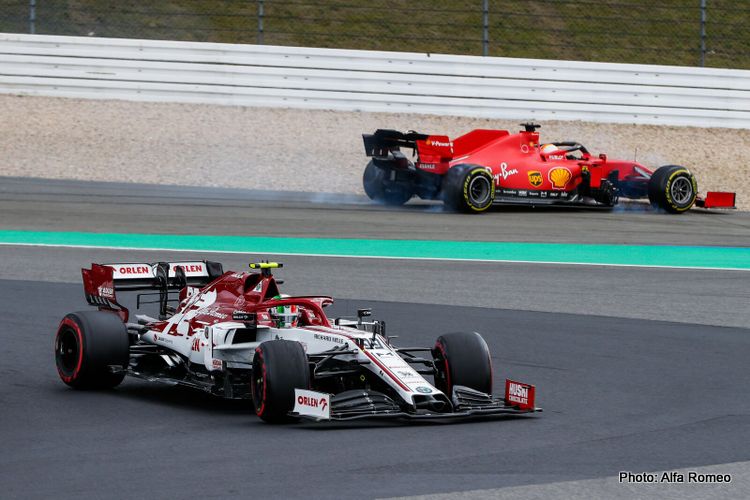 Sebastian Vettel concedes he probably left points on the table in Sunday’s Formula 1 Eifel Grand Prix, after flat-spotting a tyre led him into a premature pitstop.

Chasing the Alfa Romeo of Antonio Giovinazzi in the early stages of the race, Vettel spun while trying to overtake into turn 1, ruining his medium tyres.

As a result, the German’s Ferrari was pitted for fresh hards, but he came out in traffic and was only able to make it to P11 at the finish.

“I would have liked to bring home some points, but generally, I was struggling too much with the tyres,” he acknowledged afterwards. “I think the start wasn’t bad. I was on the medium compound and only lost one place to Giovinazzi in the Alfa Romeo. However once my tyres were in the right temperature window I was stuck behind him and I was struggling a lot to pass him.

“I probably took too much of a risk and damaged my tyres. I was obliged to pit and after that it was very difficult to fight back.

“I think we probably have a lot more pace than where I finished, but today it wasn’t a good race for me.”

Set to depart the Scuderia at the end of the 2020 season, Vettel has been on a considerable downswing relative to the performances of teammate Charles Leclerc, who finished four places higher on Sunday.

With six races to go, the German sits 13th in the championship on 17 points, and is likely to be counting down the days until he can make the switch to Aston Martin.