The Day After: All about the numbers 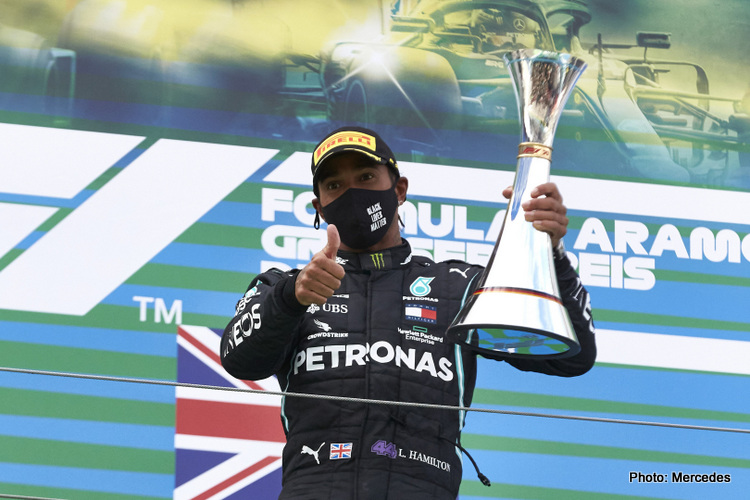 After seven years away, Formula 1 returned to the Nurburgring with a bang in Sunday’s Eifel Grand Prix.

Because I missed Friday’s column after practice was rained-out, I thought I would combine my “Friday figures” with another round of “medium hits”, so here goes.

91. Career F1 wins for Lewis Hamilton, which is incredible any way you cut it. Now equal with the great Michael Schumacher, I’ll save the full hagiography for when he inevitably breaks the record in the coming weeks, all I’ll say for now is that Mick presenting Lewis with his father’s helmet, and the message posted on social media from the Schumacher family were two really nice touches.

3rd. For Daniel Ricciardo, delivering Renault its first podium of the V6 turbo-hybrid era. Obviously Ricciardo deserves plenty of credit, and his form has been spectacular all season, but as I said yesterday’s podcast, I have to give props to Cyril Abiteboul too. I’ve been a vocal critic of his in the past, and while I think he’s mostly deserved the stick he’s copped, you can’t deny the gains made this year under his watch.

16. Points collected by Racing Point today, between two drivers with zero confirmed seats on the grid for 2021. That is nothing short of a travesty.

P9. For Romain Grosjean, giving the Haas driver his first points of the 2020 season. I doubt it’s enough to save his job, but it was a very good drive nonetheless.

0.775 seconds. Between Antonio Giovinazzi in P10 and Sebastian Vettel in P11. Like Grosjean, they were some much-needed points for the Italian, whilst for Vettel it was the result of another disastrous afternoon, largely of his own doing.

323. Race starts for Kimi Raikkonen, a F1 record. For a guy who never seems to care too much – and indeed, went on a mid-career hiatus for two years – he must really like it to stick around so long!

0. Points for Valtteri Bottas, who suffered from equal parts poor form and bad luck. To see him lock-up and hand Hamilton the lead after fending him off at the start was extremely disappointing, especially after his fantastic job on Saturday. That said, he didn’t deserve Mercedes’ first power unit failure of the season. When it rains, it pours.

Driver of the Day: Nico Hulkenberg

From last to eighth, Hulkenberg showed his quality on Sunday.

Worst of the Day: Alexander Albon

I don’t want to pile onto the guy, but when you spend the race destroying your tyres and taking out drivers in from your sister team, you’re going to collect this ‘award’. Didn’t love his “they’re racing me so hard” comment either – mate this is F1, get a grip.

“Is that a fucking podium?” – Daniel Ricciardo

Yes Daniel, yes it is. Welcome back.