Rosberg: Almost impossible for Valtteri to close up 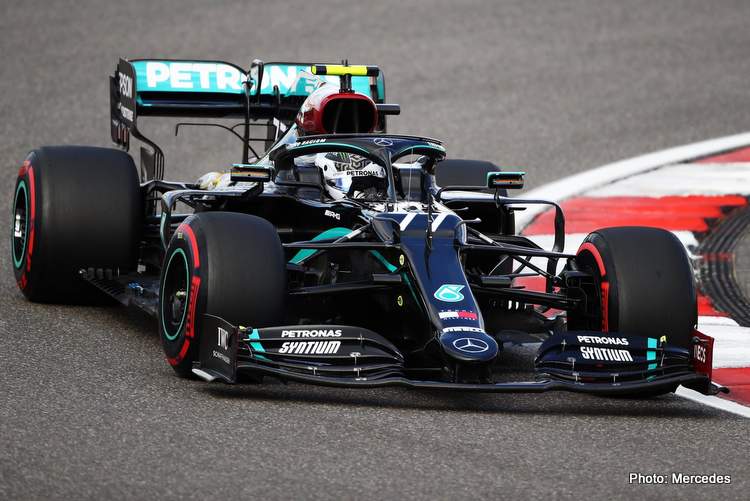 Valtteri Bottas fell 69 points behind Mercedes teammate Lewis Hamilton in the Formula 1 title battle on Sunday and said he needed a miracle to deny the Briton a seventh world championship.

The Finn failed to score in the Eifel Grand Prix at the Nuerburgring, despite starting on pole position, after a power unit problem dealt him his first retirement of the 2020 campaign.

With six races remaining, the points gap between the two is equivalent to almost three race wins and Bottas — a winner in Russia two weeks ago — is still Hamilton’s closest rival in the standings.

“It’s disappointing, of course. Just very disappointing and one of these things that you can’t do anything for,” the luckless Finn told reporters.

“I understand the gap to Lewis is pretty big in terms of points. So definitely would need a miracle. But as always, no point to give up. I need to keep the bar high and keep trying. We’ll see. Disappointed is the best word.”

Team boss Toto Wolff said he had apologised to the driver on a day that might have been his but ended up with Hamilton celebrating a record-equalling 91st win.

“If somebody is resilient than it’s him,” he said of the Finn. “We had a good chat, I said sorry for the failure. It’s still a mechanical sport and today it was us that let him down.

Nico Rosberg, the 2016 world champion for Mercedes, said Bottas was not doing enough to challenge Hamilton and would need to raise his game and reset his mental approach to take the fight to the Briton.

“It’s such a big gap that it’s going to be almost impossible for Valtteri to close up,” the German told Sky Sports television.