Kvyat: What was Albon doing? 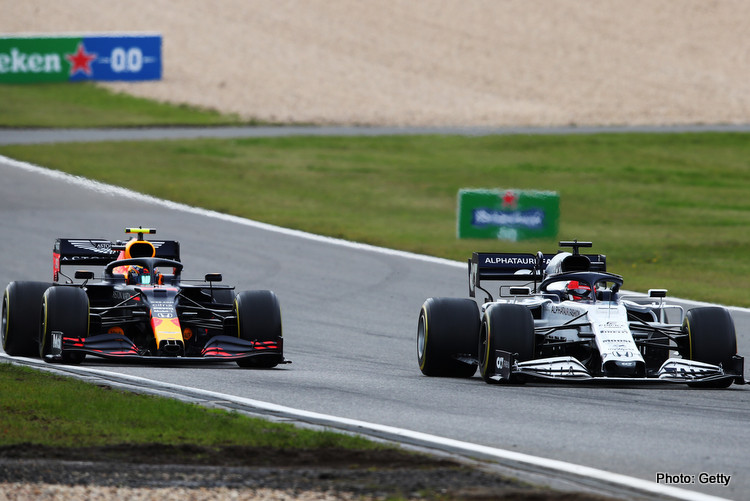 Racing each other at the end of the virtual safety car period on lap 17, a mistake from Kvyat allowed Albon to get alongside into the final corner, with the Thai proceeding to collect the Russian’s front wing as he made his way past.

Ultimately karma came back to bite Albon as he was forced to retire having flat-spotted multiple sets of tyres, but that did not stop Kvyat from blasting him in his post-race remarks.

“I didn’t understand his manoeuvre. What was he doing?” Kvyat asked. “I think it was quite unprofessional of him and very poor judgment. I wouldn’t expect that from a driver of his level who has been racing for so long.”

Forced to do an entire lap without his front wing, Kvyat lost a massive amount of time, as well as sustained damage that couldn’t be repaired in the subsequent pitstop.

“The race was pretty much ruined from then on. I had to do the whole lap very slow with the damaged front wing.

“The wing, as a consequence, went under the floor and damaged the whole floor and brake cooling, and the race from there was really a struggle.

‘The car was massively down on downforce and I was just really hoping for rain or something really strange to happen.”

Finishing last of the finishers in P15, Sunday marked the end of a three-race point-scoring streak for Kvyat. Meanwhile, Albon is set to see the speculation over his Red Bull future only intensify – something Kvyat knows all too well about.