Hülkenberg: What a race and a story that was! 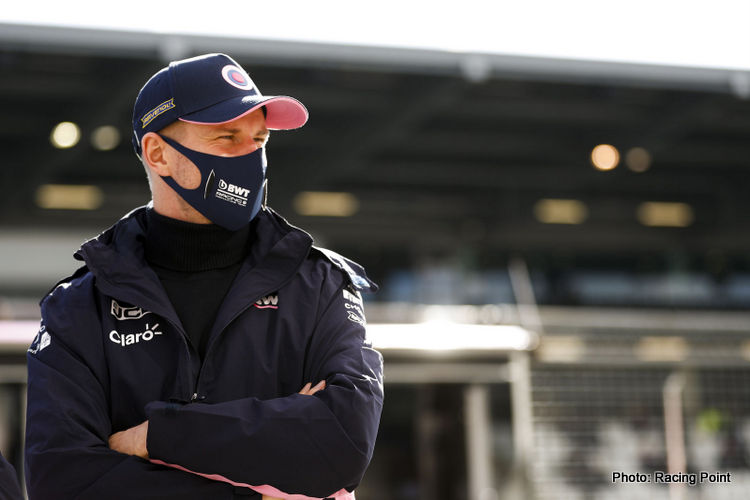 Nico Hülkenberg’s run from last on the grid to eighth at the flag in Sunday’s Formula 1 Eifel Grand Prix even caught the German by surprise, he has admitted.

Drafted-in by Racing Point as a last-minute replacement for an ill Lance Stroll on Saturday, Hülkenberg was afforded no practice time with the car before taking part in qualifying, where he unsurprisingly finished last.

However come Sunday, the German managed to find his comfort zone and scored some valuable points for the team amid its three-way battle with Renault and McLaren in the constructor’s standings.

“What a race and a story that was!” Hülkenberg exclaimed afterwards. “I really didn’t think we could go from last to eighth – I’m not sure many thought it would be possible before the race!

A lot of things happened around us and some retirements helped too, but I’m really pleased with our performance and it’s a real credit to the team. I went out there with the goal of driving as hard as I could and avoiding any incidents, and we managed it well.”

Having only previously driven the Racing Point RP20 as a replacement for Sergio Perez at the British and 70th Anniversary Grands Prix, Hülkenberg admitted the car extracted a significant toll on him – a matter that was not helped by the demanding nature of the Nürburgring track.

“It felt strange at the start as I’ve not raced around a lot of cars like that for a while, but I made up a couple of places and I started to get into a good rhythm halfway through the first stint, which was crucial because we were able to extend it and it helped me get up to speed.

“I’m feeling it now: it’s a very bumpy track and I’m a bit sore because it was mentally and physically demanding out there.

“I’m very happy with the result and it was great to play a part in the team moving up into P3 in the Constructors’ Championship. Obviously, there’s still a long way to go in the season, but I wish the team all the best in the coming races.”