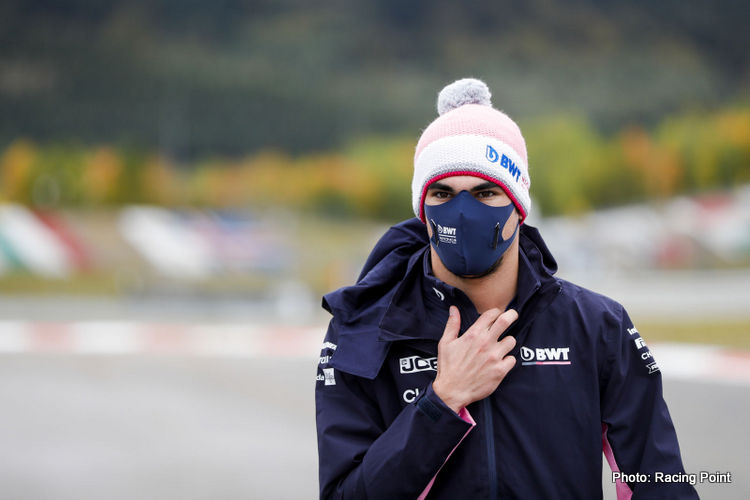 Lance Stroll has felt unwell since last month’s Russian Grand Prix but has repeatedly tested negative for COVID-19, his Racing Point team said on Saturday after replacing the Canadian for Sunday’s Formula 1 race at the Nuerburgring.

Stroll, who crashed out of the Sept. 27 race in Sochi, missed final practice for the Eifel Grand Prix and was replaced for qualifying by German stand-in Nico Hulkenberg, who will race on Sunday.

Team principal Otmar Szafnauer said the decision to withdraw Stroll was taken half an hour before the morning session, the first practice of the event after Friday’s was cancelled due to bad weather.

“He hasn’t been feeling great since Russia,” he said, adding that Stroll had complained of flu-like symptoms and was unable to exercise.

“I think he had a bit of a cold. At first we thought ‘well, he’d better get tested for the virus’. We’ve tested him multiple times, including the pre-event test for this race and he’s come back negative three, four times.

“And he doesn’t have the classic COVID-19 symptoms. He just doesn’t feel well in himself and last night he had an upset stomach.

“He was on the toilet the whole time and he just said ‘I’ve got rid of a lot of fluid and I can’t get off the toilet for long enough to get to the racecar’. I don’t know if it’s something he ate or just a tummy bug.”

Szafnauer said Stroll, whose father Lawrence owns the British-based team, had pointed out that there was a double-header coming up with races in Portugal and Italy and wanted to be ready for that.

He said Stroll had been tested for COVID-19 on Tuesday, with that coming back negative on Wednesday, and the team were following the sport’s accepted protocols.

The Canadian, who is eighth in the championship and finished third in last month’s Italian Grand Prix, remained at the hotel under medical supervision.

“We’ve got a doctor looking after him and when he’s fit to leave he’ll go home,” said Szafnauer.