Vettel: I tried everything 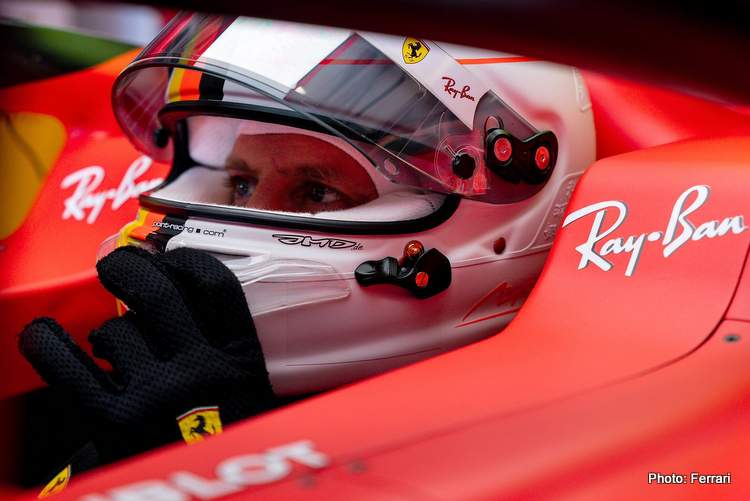 Sebastian Vettel’s woes continue as he again struggled to come to terms with the cumbersome Ferrari SF1000, this time on Saturday during qualifying for the 2020 Eifel Grand Prix on home soil for the German.

The four-time F1 World Champion, who departs the Scuderia at the end of the season, was seven-tenths shy of his teammate Charles Leclerc when the chips were down and counted at the end of qualifying at Nurburgring. It was the eighth time the younger driver has beaten the older this season.

Seb’s best effort was only good for 11th; the #16 car was fourth and he admitted afterwards, “I tried everything, but I was really struggling with the car in the first sector and I was sliding a lot.

“It was a shame that we couldn’t make it to Q3 even if I was feeling ok in the car and I think the pace was decent. I hope that with the free choice of tyres, we will have a bit more luck tomorrow.

“I only ran the upgrades in the afternoon, as we had very little free practice time and therefore had to make a comparison using the two cars running different configurations, but I don’t think they made a big difference.

“Today I’m happy for the fans because the weather was better and they finally were able to see some cars on track,” added the driver who won at Nürburgring in 2013 (for Red Bull) the last time F1 visited the German venue. It is highly unlikely he will repeat the feat…

On the upside, Seb gets to choose the rubber he wants for the race; the downside, of course, his vulnerability in the heart of the midpack and wheel-to-wheel racing – not his comfort zone.