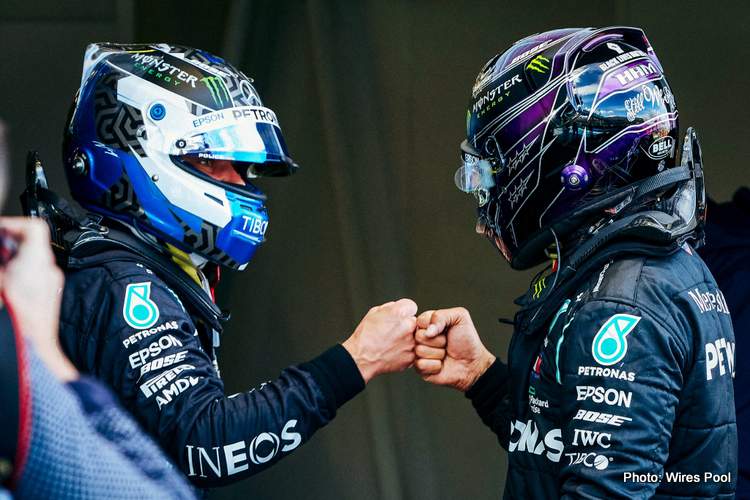 Valtteri Bottas sent out a clear signal with a stonking lap to claim pole for the 2020 Eifel Grand Prix at Nurburgring, on Saturday, which is that he intends to make a fight of the race in Germany and perhaps start giving his teammate Lewis Hamilton a proper run for his money in the title run-down.

A quarter-second up on the best qualifier in the history of the sport is some feat and one the Finn will cherish. Setting the stage for the kind of performance on Sunday that will help him shed the wingman image his acquired by default in the sport’s mightiest team.

He said on Sky F1, “That lap from Bottas out there was fantastic. I looked it at and it was like, perfect. And under all that pressure! That’s exactly the message he needs to send Lewis’ way: ‘This is not over yet, I’m still in the championship fight’. If he can continue that tomorrow, that would be great.”

The consensus is that if there are any weaknesses in Lewis’ arsenal it would have to be his temperament when his boat is rocked. In Russia, the waters were rough, the pit-start penalty saga overshadowing the race result and triggering claims of a vendetta of sorts by the powers that be.

Asked if the Russia aftermath was still bugging the six-time F1 World Champion, Rosberg replied, “That’s the weakness Lewis has. Sometimes he can lose his momentum and he can dip down, and he’ll stay down for a couple of races.

“You have to try and keep him down there and then also maximise your own results in the meantime. So if Lewis really is in this period now – which we don’t know yet, we’ll see how tomorrow goes – then Valtteri needs to be winning and maximise those points.”

“Because it’s the only opportunity you get and the only chance you have to compete with Lewis,” added the man who beat Lewis in 2016, but then quit the sport admitting he had no more fight in him to go toe-to-toe with the Briton who, in turn, has never forgiven his childhood friend.