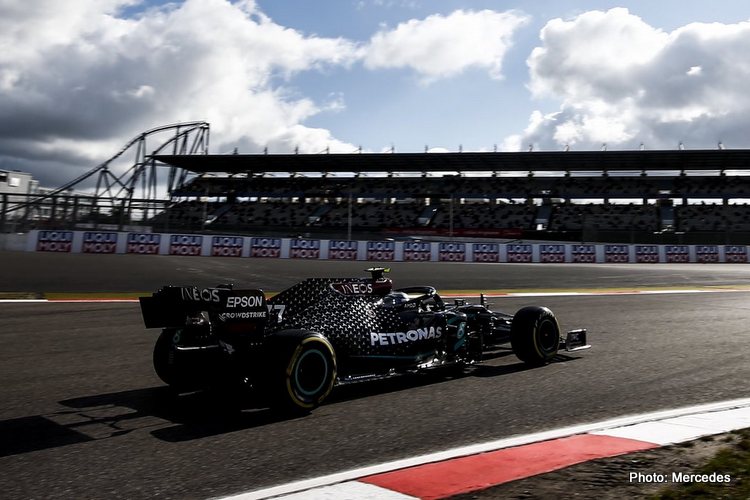 After missing all of Friday due to inclement weather, Mercedes’ Valtteri Bottas seems to be the man to beat, having posted the fastest time in practice three on Saturday at the Nurburgring.

An unsurprisingly busy session given the absence of running yesterday, all ten teams were trying to cram-in all the practice they could get in the hour-long session, with all participating drivers getting in at least 23 laps.

Leading the pack as per usual were the two Mercedes, Bottas fastest with a 1:26.225 and teammate Lewis Hamilton 0.136 behind him, yesterday’s rain seemingly doing nothing to dampen the Black Arrows’ pace advantage.

However while it was business as usual out-front, immediately behind them was something of a surprise, with Charles Leclerc and Sebastian Vettel third and fifth in a resurgent showing for Ferrari, Red Bull’s Max Verstappen sandwiched between them.

Alexander Albon was ninth in the second Red Bull, 0.553s off teammate Verstappen, but 0.079s ahead of AlphaTauri rival Pierre Gasly in 10th.

Carlos Sainz seemingly has work to do having finished 13th in his McLaren, while Alfa Romeo’s Kimi Raikkonen will be happy with a potential Q2 slot after finishing just 0.032s behind the Spaniard.

The Haas pairing of Romain Grosjean and Kevin Magnussen were 15th and 16th, the latter being the only driver in the session to run the hard tyre.

George Russell could only manage 17th for Williams, although his disappointment is unlikely to compare to that of man-on-the-hotseat Antonio Giovinazzi in 18th, nor teammate Nicholas Latifi, who was last of the runners and suffered an embarrassing spin at the final corner.

Racing Point’s Lance Stroll did not take part in the session due to illness, with Nico Hulkenberg believed to have made his way to the track to replace him for qualifying. 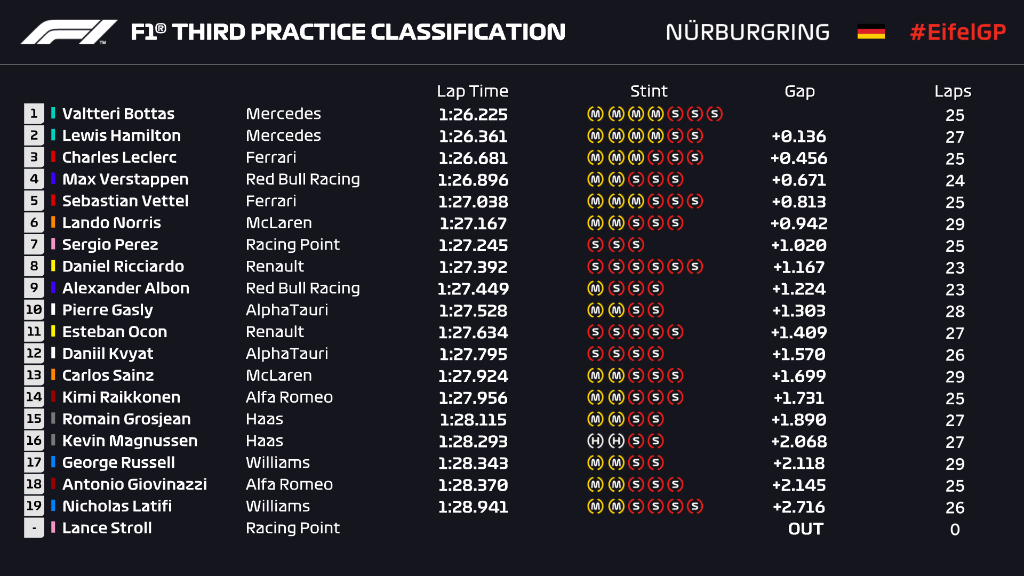