Hamilton: It just wasn’t my day but it’s still all to play for 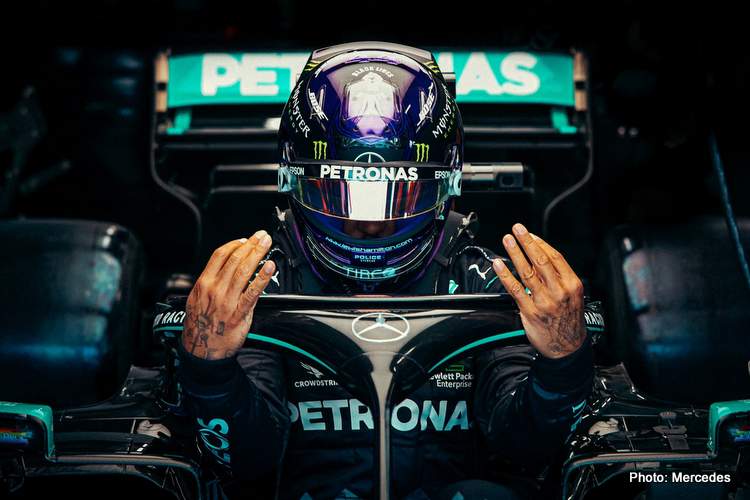 Not often does Lewis Hamilton get trounced in qualifying by a quarter-of-a-second, but such was the case when the clocks stopped at the end of qualifying for the 2020 Eifel Grand Prix at Nurburgring.

His Mercedes teammate Valtteri Bottas took pole with a stellar lap that Lewis could not match in his final run, nevertheless, it will be an all-black front row tomorrow with everything to play for.

“This is an amazing circuit and it’s great to be back here, but it just wasn’t my day today,” Lewis sais in his summary of the day at the venue he last raced at in 2013 – on that Saturday he was the pole-winner in the Mercedes W04.

He added, “The car felt good in Q2 but in Q3, I lost a little bit of pace so we’ll look through the data to see where I could find more time. Valtteri did a great job out there so congratulations to him.

“I think there will be lots of opportunities in tomorrow’s race, we’ll need to see what happens with the weather and what the temperatures are like. How the tyres behave will be crucial, as will the start and if there are any Safety Cars.

“It’s still all to play for, so I’m looking forward to tomorrow and I’ll get my head down tonight to make sure we’re in the best shape possible,” added Lewis who will be seeking to match Michael Schumacher’s record 91 grand Prix victories on Sunday.

Mercedes track director Andrew Shovlin explained, “Lewis was putting in some really strong laps earlier in the session, but like Max, his best was in the second session and he wasn’t finding the same grip when it really mattered in the final session.

“The race itself will be a bit of a voyage of discovery, we don’t know how fast our competitors are on a long run and we don’t really know how the tyres will perform,” admitted the Merc-man.