Wolff: You almost need to live like a hermit 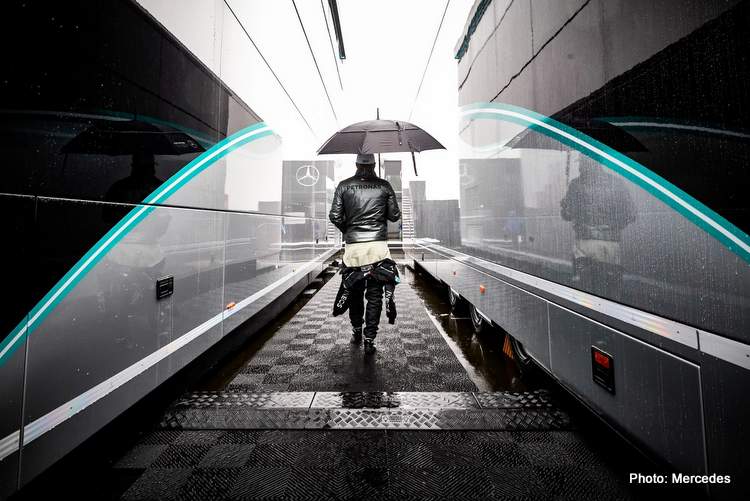 Lewis Hamilton and Valtteri Bottas must live ‘like hermits’ to reduce the risk of COVID-19 infecting their Formula 1 title battle, Mercedes boss Toto Wolff said on Friday after the team reported a second positive test result.

A Mercedes spokesman said the entire team had been tested again after the first positive showed up on Thursday ahead of the weekend’s Eifel Grand Prix at Germany’s Nuerburgring circuit.

One of those also showed up positive and another was inconclusive, he added.

Four further team members, who all tested negative, were then isolated in line with the sport’s protocols while six replacements were flown in from England.

“Every loss of an important member in the garage affects the race but I think we’ve got it under control,” Wolff told reporters.

The Austrian said every precaution was being taken to shield six-times world champion Hamilton and Bottas, who is 44 points behind the Briton after 10 races, at the racetrack and elsewhere.

“The drivers are the most restricted of the whole group, of the whole team,” said Wolff. “It’s certainly not a great situation for them because you almost need to live like a hermit and that’s what they are doing.

“They are at home, they are not going out for dinners, they are not meeting any other people. Within the team when we do the debriefs by Zoom or Microsoft Teams, they are not sitting with the engineers in the room.

“They are sitting in their own rooms and we are avoiding as much as possible any personal contact with them. It’s literally stepping into the car and driving the car and keeping their distance.”

Racing Point’s Sergio Perez missed two races in August after contracting the virus, the Mexican still the only driver to have tested positive, and the consequences for the top two are potentially massive.

Hamilton is on the brink of a record-equalling 91st career win this weekend and well on the way to matching Michael Schumacher’s seven titles.

The season ends with a triple header in Bahrain and Abu Dhabi and Wolff acknowledged missing any race, or two, would be a critical blow.

“Unfortunately for them they need to live a life that is a bit secluded but we think the decisions we have taken are good to protect them,” he said of the drivers.