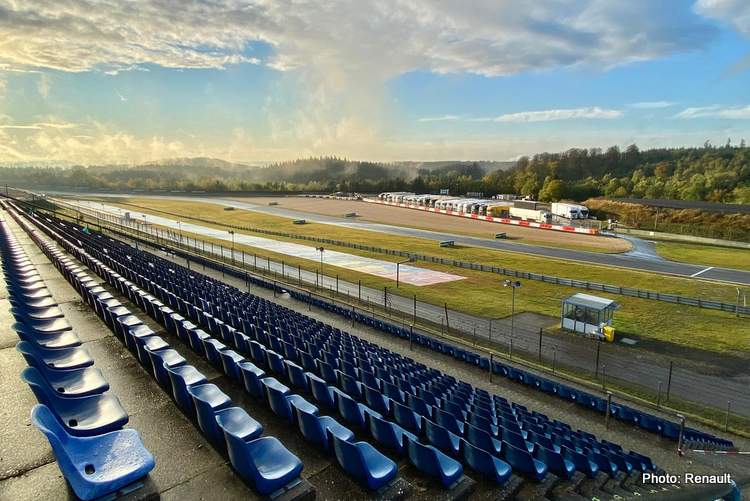 Both practice sessions for the race at the rural German track were scrapped after the medical helicopter that must be able to fly to a nearby hospital in an emergency was grounded by fog.

The circuit is too far from a hospital by road to meet a maximum 20-minute transfer requirement.

“The forecast looks better (for Saturday) but we´re also working on some back-up plans should we have a similar situation to be able to try to work around,” Masi told reporters, without giving details.

With no Friday practice, teams now have only one session before Saturday’s qualifying and that should make for a busy morning.

Formula One last raced at the Nuerburgring in 2013 and teams will have plenty of work to do on car setup.

It also effectively makes it a two day race weekend — something Formula One has already planned for Italy’s Imola circuit next month although the Saturday session there will be longer.

“It’s kind of like a practice run for Imola,” said Racing Point team boss Otmar Szafnauer. “It just puts pressure on everybody to get up to speed even more quickly.”

Six times world champion Lewis Hamilton, 44 points clear of teammate Valtteri Bottas at the top of the standings, said that even if the helicopter had been able to fly, teams would probably have done few laps.

“I’d have loved to have just done an installation lap. Everyone is in the same boat though,” said the Mercedes driver who can equal Michael Schumacher’s all-time record of 91 career wins on Sunday.

Hamilton said he had spent the time messing around with his bulldog Roscoe and watching old onboard footage of previous races in the rain, “It definitely makes it a serious challenge with less practice, so I look forward to that.”