Steiner: Ilott is not on our list now, maybe tomorrow… 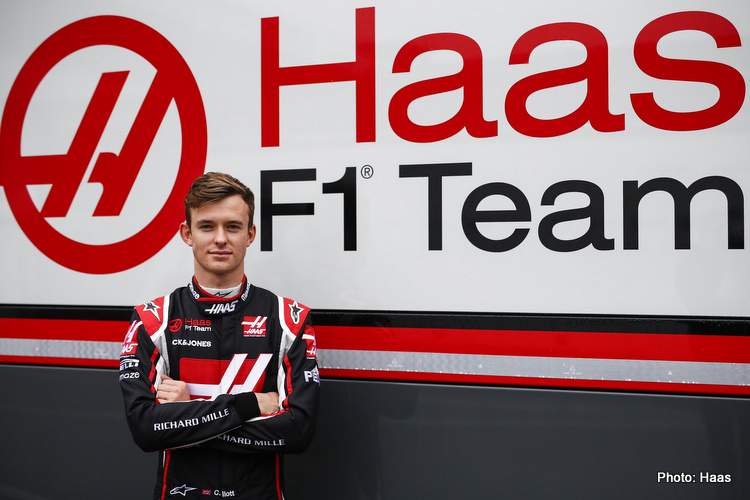 Callum Ilott makes his Formula 1 practice debut with Haas on Friday at Nurburgring, on day one of the 2020 Eifel Grand Pix weekend, but the Briton is not yet on the team’s shortlist of drivers for next season, principal Guenther Steiner informed reporters on Thursday.

The Briton is second in Formula Two behind Mick Schumacher, a fellow Ferrari Academy driver and son of seven times champion Michael, who will also take part in Friday’s first practice with Alfa Romeo at the Nuerburgring.

Ferrari-powered Haas could have two seats available for 2021 with experienced Frenchman Romain Grosjean and Denmark’s Kevin Magnussen out of contract and plenty of candidates to replace them.

Asked in a video conference call whether 21-year-old Ilott could stake a claim at the U.S.-owned team, Steiner played down the importance of the Eifel Grand Prix practice session.

He said he did not want the youngster, who replaces Grosjean for the session, to seek to impress.

“I don’t think tomorrow is about him getting in there,” he told reporters. “He’s a Ferrari driver so I don’t know the plans they have with him for the future.”

“He’s not on the list now, maybe he’s on the list tomorrow,” continued Steiner. “I don’t know that. But it will not be depending on the FP1 (first free practice) result.”

Steiner added, however, that he had a lot of respect for Ilott because being second in the F2 championship meant he was “pretty good.”

Steiner has said previously that he wants whoever is in the team’s 2021 lineup to stay for 2022, when there are major rule changes.

Racing Point’s Mexican Sergio Perez, who is being replaced at the end of the season by four times world champion Sebastian Vettel, could be a candidate as might German driver Nico Hulkenberg.

Asked whether the team could field two rookie drivers, Steiner said anything was possible.