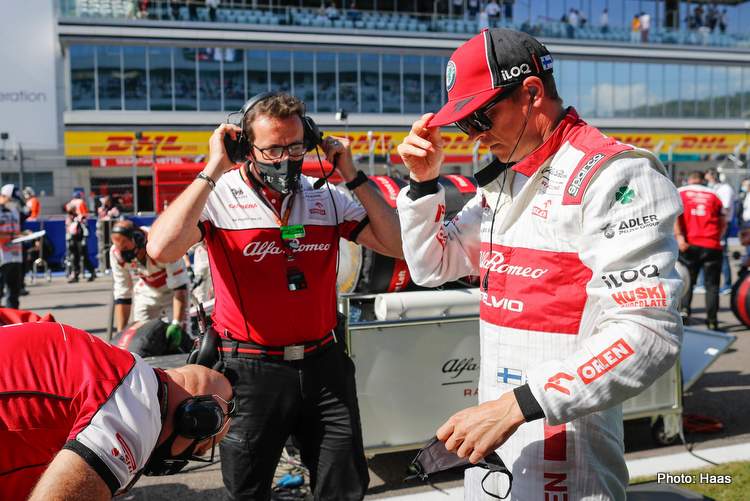 Kimi Raikkonen is set to prolong his Formula 1 career by signing a contract extension with Alfa Romeo for the 2021 season, according to Motorsport Network.

Based on latest reports, he will take up an option to extend his current deal by an extra year, a move that could be announced as soon as tomorrow.

The 40-year-old is currently the oldest and longest-serving driver on the grid, having made his F1 debut in 2001 with Sauber.

Now back at the Hinwil-based outfit following spells with McLaren, Ferrari and Lotus, the Finn looks set to continue his career into his mid-forties.

On Sunday he will line up for his 323rd grand prix start after equalling Brazilian Rubens Barrichello’s record in Russia two weeks ago.

Kimi said of the occasion: “The time has gone quickly, because it doesn’t feel like 20 years ago. Obviously it’s a long time, half of my life. Something new started in my life, and obviously we spent three days here.”

The 2007 F1 world champion has not had his most successful season so far this, picking up just two points so far in an underpowered Alfa Romeo.

Who partners the Finn next season is still very much up in the air, with reports this week claiming that current Formula 2 championship leader could replace Antonio Giovinazzi.

However, the Swiss team is yet to decide on who will fill its second seat.