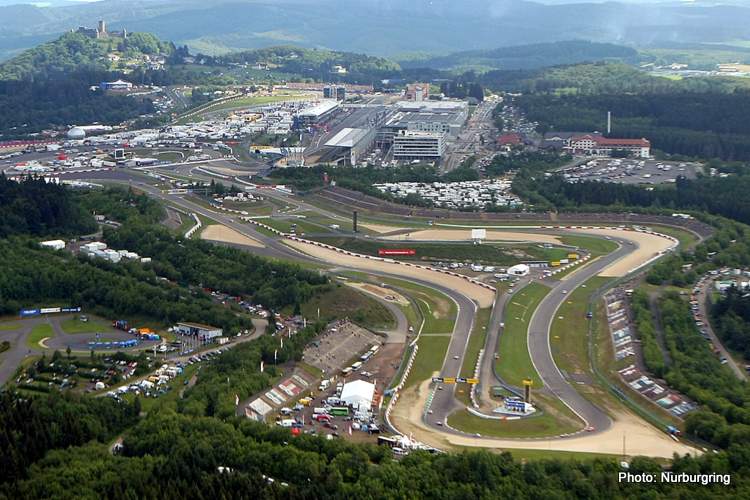 Formula 1 is set for a record-breaking weekend when the Nuerburgring hosts the first Eifel Grand Prix on Sunday and one of them at least will not have Lewis Hamilton’s name on it.

While the six times world champion has a second go at matching Michael Schumacher’s 91 career wins at the German’s home circuit, Kimi Raikkonen will line up for his 323rd grand prix start after equalling Brazilian Rubens Barrichello’s record in Russia two weeks ago.

The Finnish ‘Iceman’, who made his Formula One debut with Sauber in 2001 and is now 40 and the oldest man in the race, is unlikely to give much more than a shoulder shrug at the achievement.

“Record or not, I am approaching this weekend as any other because once you´re in the car, it´s pretty much the same,” said the Alfa Romeo driver, 2007 world champion with Ferrari.

“I´ve raced here quite a few times, I think I should have won a couple of races but we´ve been a bit unlucky at times, but this is how racing goes.”

All eyes will also be on Alfa Romeo on Friday when Mick Schumacher, 21-year-old son of seven times world champion Michael and leader of the Formula Two feeder series, makes his practice debut.

The session has an added poignancy, Mick lapping at the German circuit closest to his father’s boyhood home in Kerpen and one where Michael — who suffered severe head injuries in a skiing accident in 2013 — won five times.

Britain’s Callum Ilott, another promising Ferrari junior vying with Schumacher for the F2 title, will also be taking part in practice with the Haas team.

Hamilton won at the Nuerburgring with McLaren in 2011 — the 16th of his 90 victories to date — and the race, brought back to fill gaps in a COVID-19 ravaged calendar, is a home one for his Mercedes team.

Even if the 91st win proves elusive, the Briton can be expected to stretch his records for successive points finishes (43) and podiums (159) and maybe also poles (96).

The Nuerburgring has not hosted a Formula One race since 2013, when Sebastian Vettel won on his way to a fourth championship with Red Bull, and this will be the latest ever at the circuit.

That means cold, and potentially rainy, conditions to add some uncertainty.

Hamilton has always gone well in the wet, however, and Mercedes have been on another level to the rest this season with eight wins from 10 races and every pole.

The Briton also took the last F1 pole to date at the Nuerburgring.

Mercedes had a shocker on home ground last year at Hockenheim, however, with Hamilton ending up ninth and team mate Valtteri Bottas spinning out.

The Briton has a 44 point advantage over Bottas after 10 races and will be fancied to extend that if he can stay out of trouble with the stewards after being punished in Sochi for his practice starts.

Reuters Facts & Stats for Sunday’s Eifel Formula One Grand Prix at the Nuerburgring in Germany, the 11th race of the 2020 season: