Racing Point: We can help Vettel get his mojo back 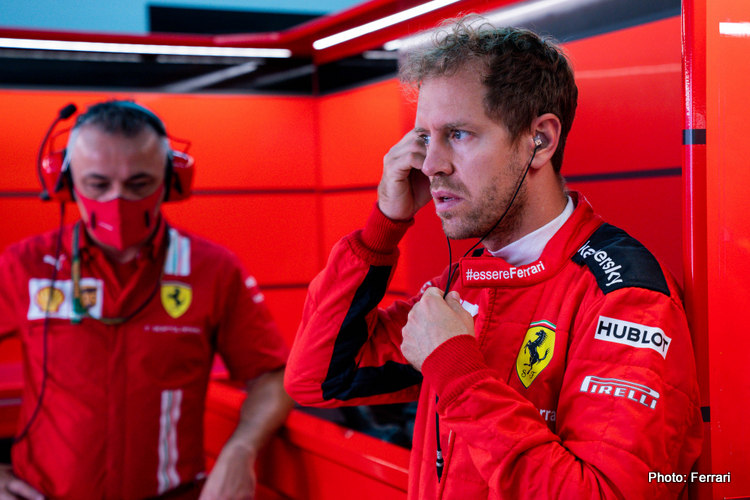 Racing Point’s support structure will allow Sebastian Vettel to regain his form when he joins the team next year, says the team’s technical director Andrew Green.

Rebranding as Aston Martin in 2021, the Silverstone outfit have brought in four-time Formula 1 champion Vettel as part of their ambitious plans to make it to the front of the grid.

However Vettel, who is currently seeing out the final year of his contract with Ferrari, has notably struggled for form, sitting just 13th in the driver’s championship with 17 points.

And while the Scuderia have certainly done him no favours with their under-performing car, Vettel seems to be having a particularly hard time, given teammate Charles Leclerc has 57 points in what is ostensibly the same equipment.

For Green, Vettel’s downswing in form is of no major concern, as he thinks his new team will be able to get him in a much better headspace than his current one.

“I think we can help Seb,” he said. “I think he is not in a great place at the moment in his head, he has lost his mojo a little bit, and I think we are the best team at turning drivers around and getting them back in their sweetspot. So I think we can really help him.

“We are very driver focused. We take a lot of time to understand our drivers and work with them and form a really strong relationship and bond with our drivers. That helps to nurture them and for them to feel comfortable and secure, and not worry that things are going on behind their back.

“We take out all the politics and it just allows them to focus on driving the car as quick as possible, and I think we can get Seb back into that place.”

At 33, Vettel is a near 14-year veteran of the sport, and Green indicates his experience will be appreciated more at Silverstone than it is at Maranello.

“He’s going to bring a completely new dynamic to the whole team,” Green added. “It shows a measure of intent from Lawrence [Stroll, the team’s owner] about where he wants to take the team and what he wants to do with it — and that’s a really strong statement.

“But he is a multiple world champion and he is going to bring a methodology of working that we haven’t seen before and that’s what we want. We want someone who has been there and done it and can show us what it takes to start winning races, what it takes to win championships.”