Honda-powered drivers saddened by their departure 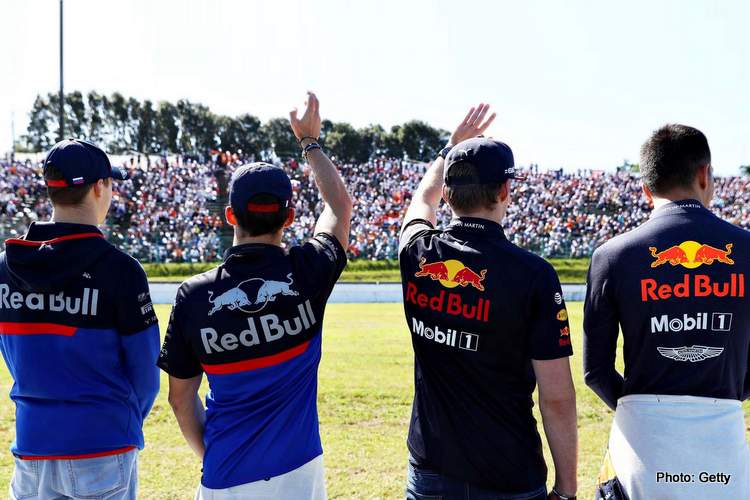 Max Verstappen and his fellow Honda-powered drivers were surprised and saddened by the news that the Japanese auto giant is pulling the plug on their Formula 1 Power Unit programme at the end of 2021, but all remain committed to achieving the most in the final year and a half together.

Shortly after the weekend in Russia, Honda dropped the bombshell that rocked the sport with no warning. Bringing to an end an inglorious return to the top flight which began in 2015 with McLaren. The Eifel Grand Prix weekend is the first race since that announcement.

Star driver Max Verstappen said ahead of the weekend in Germany, “It is, of course, a shame that Honda are leaving Formula One, especially as we have such a good relationship and we really see the dedication of the people involved in the project which has always been very important for me.

“In terms of what that means at the moment and what we are focused on, then nothing has changed. We still have the rest of this season and next season to focus on together and we are still trying to be on the podium every single race, that’s a good target for us.

“Making sure that we maximise all the results that we can all the time,” added the Dutchman who has thus far scored 15 podiums with Honda, four times as a winner.

Alpha Tauri driver Pierre Gasly knows Honda well he raced for their Mugen outfit in Japan during his journey to F1, “I have to admit I’m sad that Honda is leaving Formula 1 after the experiences we shared together over the past four years.

“The people at Honda have played an important role in my career and I have always loved working with them. But we will still be together until the end of next year and I hope we can try and fight for more wins together before then, and that Honda will be in a position to fight for the championship title,” who won his first Grand Prix at Monza this year thanks to them.

Teammate Daniil Kvyat admitted, “I was surprised to hear the news that Honda will leave F1 at the end of next year. It is sad on a human level as I enjoy working with their engineers, and disappointing from a racing point of view because they have worked so hard to give us the best possible power unit.”

“We have seen it deliver some excellent results so far. The Honda guys at the track are really committed and I’m sure they will continue to push while they are still in the sport,” added the Russian.

Red Bull’s Alex Albon added, “It’s sad that Honda are leaving the sport as I’ve really enjoyed working with them, they’re a great bunch of people. As a driver, we’re focused on the job in hand and making sure we finish our partnership with Honda as strong as we possibly can.”

Honda’s departure leaves Red Bull in a quandary ahead of the new F1 era beginning 2022, with an engine supplier required ASAP. Renault – with no customers next year – are the fall guys, decreed by the F1 rules, to supply the PU-less teams.