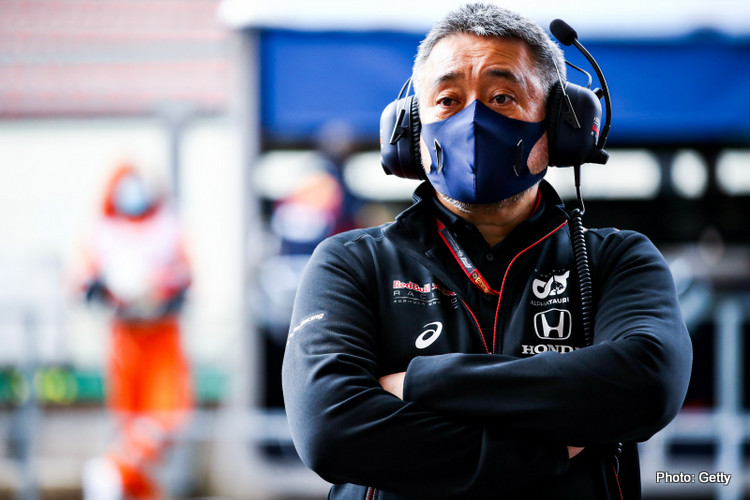 After Honda announced last week they will be exiting the sport at the end of the 2021 season, Red Bull have seemingly been left to scramble for another power unit supply, but Yamamoto suggests there is a possibility they could stay the course.

“Honda is happy to talk to them if they need us in any way, not only about the power unit but about other things as well,” he told The Race. “To support AlphaTauri and Red Bull for their programme after 2021 in any way, we’re happy to cooperate.

“As Honda we had so many things from the teams, so we want to give it back somehow in a nice way for the future.”

Asked specifically if this meant Honda would be open to Red Bull further developing their V6 turbo-hybrids, Yamamoto said: “If that kind of request is made from the team, I am ready to speak to Japan.

“I personally want to support [what Red Bull and AlphaTauri do] as much as possible.”

Should Red Bull look elsewhere, they would essentially be forced to become an engine customer of one of F1’s three other suppliers: Ferrari, Mercedes and Renault – the most likely landing spot seemingly being the latter.

If they were to keep developing Honda’s supply, they could essentially stay a “works” outfit, although it would require a significant investment in time, money and infrastructure potentially better spent elsewhere.

In any case, Yamamoto reiterated that his goal was still to deliver Red Bull a championship in 2021, and assured that there has been no slowing down from his side.

“We still have seven more races to go this year first and we have various things we like to try for next year as well,” he said.

“Next year we will try to fight for the championship and have a good ending to our story.

“For next year, we will not reduce any people from our project. We are going to develop more. And we will make the biggest effort in order to win as much as possible.

“We will just keep pushing till the end.”