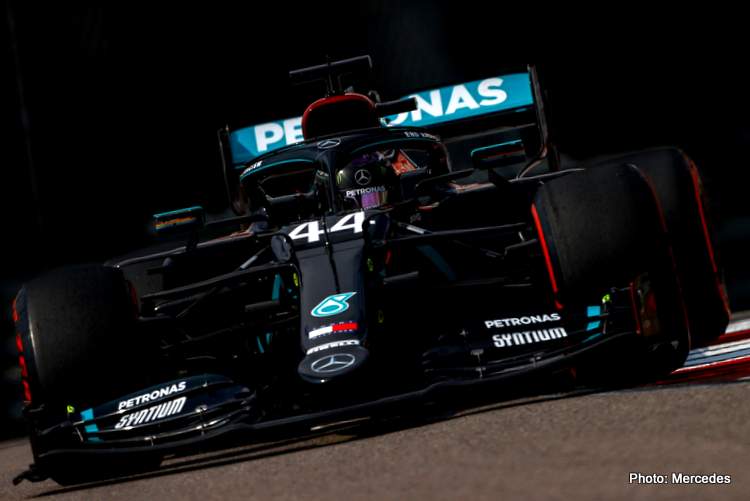 Lewis Hamilton’s first opportunity to match Michael Schumacher’s record of 91 Formula One race wins went begging in Sochi a week ago, but the Brit will go again as the sport returns to the Nurburgring for the first time in seven years.

A 10-second penalty for dangerous practice starts cost the six-time world champion dearly last time out, but Hamilton, who had to settle for third, has been priced the same for the Eifel Grand Prix as he was in Russia by most bookmakers. His race winner odds are 2/5 in most places.

Given that Hamilton has won six of this season’s 10 races to date, and he has not gone more than one race without a victory in 2020, it is no surprise to see the likes of Betway continue to offer such short odds on the man who won at this iconic circuit in 2011.

Valtteri Bottas’ second triumph of the campaign was long overdue when it came in Sochi. Hamilton’s penalty certainly helped, but the Finn took full advantage and delivered a flawless performance to close the gap to 44 points in the Drivers Championship.

The best price on Bottas going back-to-back is 7/2, and he is 5/4 to take pole compared with Hamilton’s 4/7 price. The Mercedes pair also head the fastest lap market, with Bottas’ 9/4 significantly bigger than the 5/4 available on his teammate.

Max Verstappen, as usual, is the only driver in the same range as the top two. After two successive DNF’s in Italy, the Dutchman got back on track with a P2 in Sochi and his odds to win in Germany this weekend are significantly shorter than they were for the previous race.

Fellow Red Bull driver Alex Albon could only muster a 10th-place finish in Sochi after his maiden podium in the Tuscan Grand Prix, and you can get 6/1 on him to come in the top three this weekend. A fortnight ago, he was 4/1 for a podium spot in Russia.

Sergio Perez and Daniel Ricciardo are considered bigger threats to the top three. They were fourth and fifth respectively last week, as Perez keeps up his consistent run of finishing in the points in every race he has taken part in this season, and Ricciardo continues to come close to his first podium with Renault.

Perez finished eighth the last time a Formula One Grand Prix was held at the Nurburgring in 2013, and the Mexican is backable at 7/2 for a podium or 1/3 for the top six on Sunday.

Ricciardo is also 1/3 to earn what would be a fifth consecutive finish of sixth or better, and the Australian is 4/1 to break into the top three on a track in which he has taken part in two F1 races before with no points to show for them.

Charles Leclerc rounded out the top six in Sochi, and is a 15/8 shot to score 8+ points again. But Ferrari remain an unpredictable outfit, and they are 9/2 to be the first car retired, with only Haas at 7/2 having shorter odds.

Sebastian Vettel is no stranger to the Nurburgring and returns to his home country in the knowledge that besides Hamilton, he is the only other current F1 driver to have won at the track.

A repeat of Vettel’s 2013 heroics is too big of an ask at 250/1, but a points finish, priced at 6/4, is certainly not beyond the realms of possibility. When Vettel won in Nurburg seven years ago, it was Kimi Räikkönen who came in second.

Nobody has covered more distance in Formula One than Räikkönen but the 2007 world champion is still without a point in 2020. Bookies are offering odds of 7/1 for that to change this weekend.