Seidl: I’m not a fan of ‘artificial randomness’ in F1 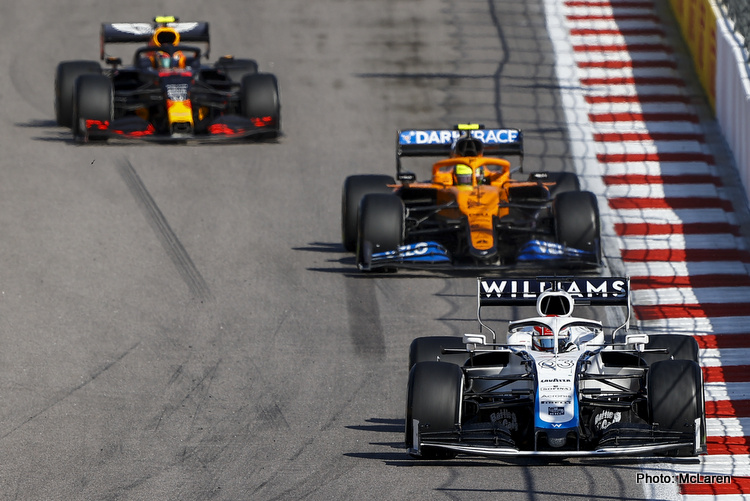 McLaren boss Andreas Seidl says he is firmly against Formula 1 trying to level the playing field with gimmicks such as reverse-grid races.

A hot topic in F1 in recent months, commercial rights holders Liberty Media have been vocal in their push for the sport to trial reverse-grid qualifying races as a way of potentially mixing-up a grid which is usually dominated by Mercedes.

Additionally, there has been a proposal for one-off “invitational races” at circuits that would otherwise not be on the calendar – such as Mugello and the Nurburgring – but Seidl maintains they aren’t necessary.

“But with one team with the big resources having made simply a sensational job compared to the other two, unfortunately that ended up this year in the dominance of Mercedes. That’s the issue.”

Winners of the last six constructor’s and driver’s championship doubles, Mercedes have enjoyed an unprecedented run of dominance in the sport, however Seidl says they deserve their success, and would prefer it end with the increased competition brought on by the new 2022 technical regulations, and not due to “artificial” measures.

“With everything that is planned from 2022 onwards. I’m very optimistic,” he explained. “I’m hopeful that actually we create over the years a field that is a lot closer together, and a more level playing field.

“And also the new technical regulations should help. The racing on track and cars racing close to each other should help a lot to improve the show.

“That’s the reason why I’m not a fan of introducing any artificial randomness into Formula 1 because, for me, that’s not F1.”