Abiteboul: We will have no excuses with Alonso 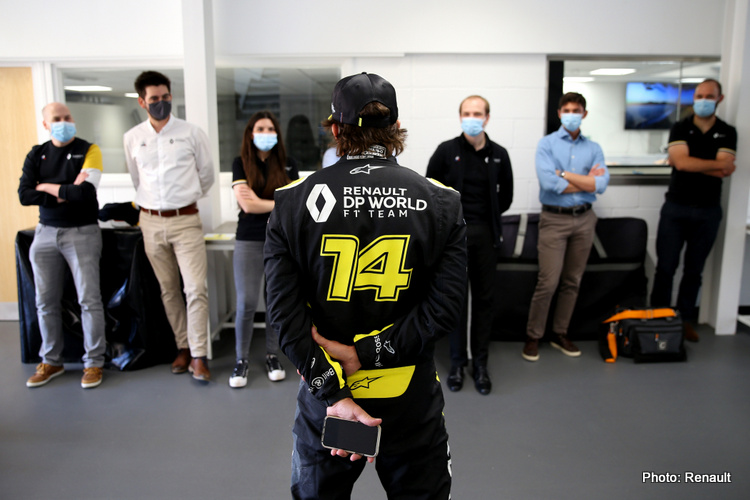 Renault boss Cyril Abiteboul says his team must move past its issues in the 2020 Formula 1 season, if it is to hold up its end of the bargain with Fernando Alonso.

A two-time F1 world champion with Renault in 2005-06, Alonso will be rejoining the team – which will be rebranded as Alpine – next season after a two-year hiatus from the sport.

And while Renault has shown significant improvement in its performances this season, Abiteboul suggests there are still concerns with the aerodynamics of the car.

“The first eight races were like this: The more time we spent on a track in fast corners, the further back we were,” he told Auto Motor und Sport. “In fast corners the downforce was not stable. We broke this rule for the first time at Mugello. We were better than expected.

“There’s probably more in the car, we just have to get it out. For example, we were nowhere in Barcelona and were fully competitive in Spa.

“Maybe it’s not the type of track at all. Maybe our car works exactly to its potential in very small windows, and if we leave that window just a little bit, we lose disproportionately much time. That’s why we went through a number of different car set-ups at Mugello, and some of them seem to confirm our theory.”

Whatever the cause for the issues, Abiteboul knows that in Alonso he is getting a driver who is capable of delivering race wins, and will expect to have a car capable of doing so in the near future.

“We know from Fernando that he doesn’t make any mistakes,” Abiteboul said.

“We have no excuses. We have to improve our execution on the track.”