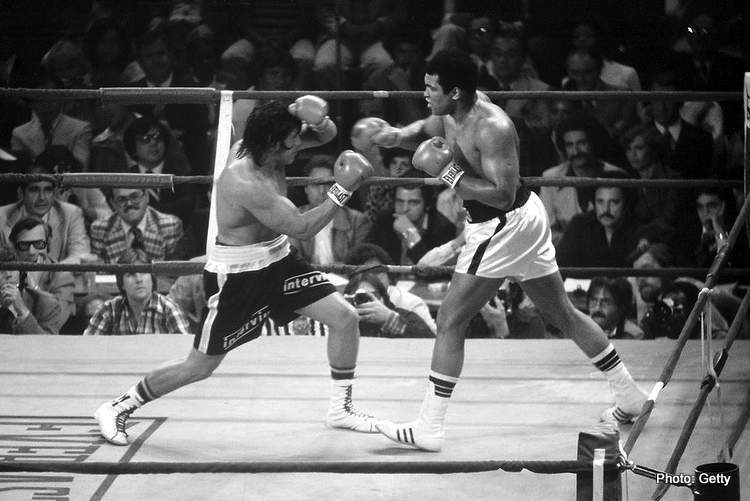 On the first day Black History Month, Lewis Hamilton has penned a tribute to Muhammad Ali who he considers to be the greatest sporting icon in the history of sport.

For the occasion, The Sun asked leading sports personalities, including Lewis, to reveal their own personal hero from black history.

This is what the six-time F1 World Champion of his idol, “I believe Muhammad Ali was the greatest sporting icon ever.

“He was always someone to look up to. He has inspired me so much throughout my life. It is why I got a tattoo of him on my right calf.

“But there have been many great sporting icons who, like Ali, have utilised their position and stood for so much more, taking a stand against what was expected and going against the grain. Muhammad risked everything for what he believed. I found that really inspiring, to be honest, having read their stories.”

After praising The Sun for making time and space to acknowledge black history he added, “There are so many great stories out there and they should be heard. As a black man, growing up at school and seeing that lack of representation was a real thing.

“I looked at Superman — who is not real and didn’t look like me — but I just loved what he stood for, along with F1 legend Ayrton Senna, who was from Brazil.

“I have met a lot of people and heard stories from many, saying they hoped they could one day get into something because they have seen what others have been able to do.

“That equal representation of our histories is one of the most important things and it comes from telling stories of what figures like Muhammad Ali have done. I want to encourage schools to do more with their history-telling because there are lots of bad parts of history and lots of good parts.

“There is probably too much to cover. But I feel I have a responsibility when I eventually have kids. I realise how important it is to do a lot of home education on understanding where we are, our values and understanding what we need to be pushing towards in life.

Muhammad Ali fought his last boxing match in 1981, a shadow of himself in full pomp and glory in his heyday, a few years before Lewis was born in 1985.

“I didn’t grow up in the period when Ali was fighting,” explained the Mercedes driver. “And when I met him, I had seen all these videos and read so much about him. I couldn’t wait to see that character when I met him a few years ago.

“But sadly he was fighting a horrible disease so he was silent, and I don’t know if he knew what was happening. My granddad had dementia, so I know what it is like to be around someone going through something as horrible as that. But I was so in awe.

“I remember growing up and watching TV and it is always a shock to then find yourself in the presence of certain individuals, powerful people who are doing great things.

“I think that some of the people running these sports have been very nervous to get into politics or feel like they are going to get embroiled in a political row. But it is not really about politics, it is human rights and standing for something.

“It is really about pulling down the guards in front of our eyes and seeing that we have this great platform. It can continue to be a great sport. But as Nelson Mandela said: Sport has the ability to change the world.

“There is the power of the people watching, the people who keep this sport what it is, while we continue to give them entertainment and improve the entertainment — and we have got to encourage them to do what is right,” added Hamilton.

The boxing legend passed away on 3 June 2016, a little over a week later Lewis won the Candian Grand Prix and radioed as he crossed the finish line in Montreal: “Float like a butterfly, sting like a bee. That was for Muhammad Ali.”