Grosjean: This was the same car that was at Barcelona testing 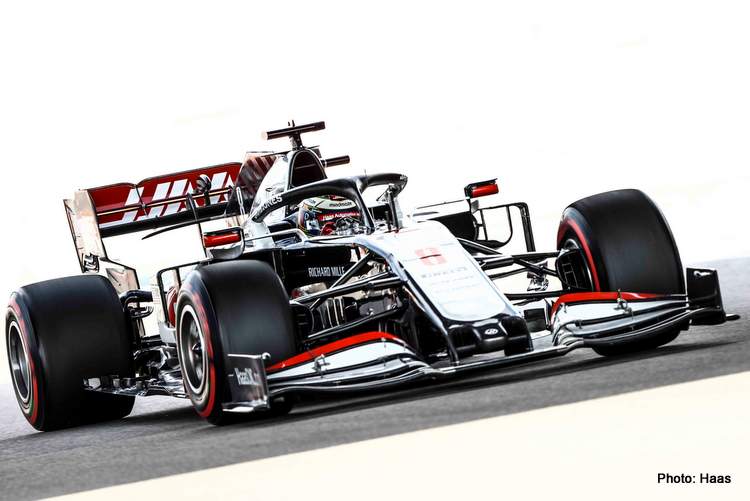 One would be justified asking the question: Would Gene Haas have remained in Formula 1 had the latest Concorde Agreement not pumped-up the value of his team by $200-million and giving the American outfit a lifeline?

In an era in which the gap between the haves and have-nots makes it a no contest for the minnows, the business tycoon, as well as Nascar team owner, has said as much in the past. He knows he has no chance of winning.

Perhaps due to lack of a tangible goal, not much money is flowing into the (relatively)  unsponsored F1 project, Haas drivers Romain Grosjean and Kevin Magnussen are still driving the exact same-spec cars they had in Barcelona for testing earlier this year.

This is common knowledge, hence no surprise the duo are bolted to the bottom of the timesheets more often than not. The team have one point thanks to Magnussen’s effort in Hungary; only better than Williams who have yet to score this season.

Things are not expected to get any better for Grosjean who has zero points after ten races in the championship of 17.

He explained his, indeed the whole team’s, predicament to Motorsport Week, “We had the Mugello crash where the car was totally damaged. We had to change a lot of parts and on Friday some were not working as they should have been so we changed.

“We are not developing the car so the more it goes the more likely it is we go backwards if others are developing,” explained Romain

Exacerbating the situation for Haas is the sharp demise of the Ferrari power units. The PU package is last in the power-stakes pecking order since it was castrated by the FIA, when they found a secret cheat (or whatever) that has since meant an absence of cavalinos.

Last year in Sochi qualifying Haas were seven-tenths faster than they were this time out. In contrast, Racing Point found 1.6 seconds in the space of twelve months, Mercedes were three-quarters of a second up, Renault a full second better.

All the Ferrari powered teams underachieved massively; all of them far worse than they were last year at the Olympic venue with Ferrari missing 1.6 seconds, which they had last year and helped Charles Leclerc to pole-position, while Alfa-Romeo are down half a second.

For Haas, throw into that well-used parts and it is clear their drivers are not in a good place when they pitch up for Grand Prix weekends.

Romain explained, “What happens is we’re running less often new parts than we would in a normal year and therefore when you have a crash the parts that were your best are destroyed. Then you go for the second-best and so on, and so on, so I guess that can explain a little bit of the inconsistency so far.

“Kevin had one in Silverstone when he was miles off. I felt the same on Friday set-up wise and so on, we’re getting the hang of it and doing a great job, but bear in mind this was the same car that was at winter testing in Barcelona,” revealed Romain.

The Frenchman has yet to be contracted for next year, speculation is that he will not be retained and will make way for a Ferrari Development Driver graduate from Formula 2, and will probably begin the next chapter of his career in the WEC or Formula E.

However, nothing is confirmed by team or driver as yet and worth remembering they kept their drivers for this year which was a surprise in itself.

As long as Gene remains disinterested and the team continues to tread water, it has only one thing going for it: It is still an F1 team and the top flight is where everyone wants to be no matter how lopsided the playing field.