Ilott: This was an unforgettable day 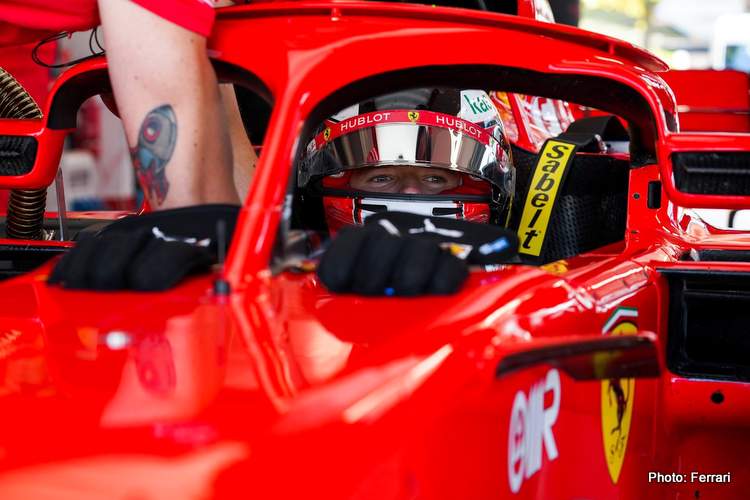 Callum Ilott go to feel what it was like to be a Ferrari Formula 1 drivers when he was on duty at Fiorano, along with fellow FDA drivers Mick Schumacher and Robert Schwartzman, to test the 2018 car ahead of their FP1 outings next weekend and at the season finale as part of the #RoadToF1 programme.

Ilott has tested for Alfa Romeo previously, but the Ferrari occasion within walking distance to the factory is sure to rank as a lifetime highlight, “This was an unforgettable day. I’d already been able to drive a Formula 1 car last year, but today I was able to get to grips with the car with just ten days to go to my debut on a Grand Prix weekend. It was very useful and I thank Ferrari for giving me this opportunity.

“What struck me about the SF71H was its aero efficiency, which means you have grip levels you just don’t find in other categories. Then there’s the extreme power from the engine and instant braking,” added the Briton.

The team reported of Callum’s day stint in the car began at noon. The Englishman has been with the FDA since 2018 and is currently second in the Formula 2 series with three wins to his name.

This was his first time at the wheel of a Ferrari, although the 21-year-old from Cambridge had experienced a Ferrari-powered Formula 1 Alfa Romeo Racing C38 at last year’s post-Spanish Grand Prix test at the Barcelona Catalunya circuit.

On Wednesday, Ilott completed a good number of laps of the 2.976 km track, running at a constant pace; perfect preparation for his debut at the Nürburgring.

Callum lies second in the 2020 Formula 2 Championship which FDA teammate Mick Schumacher leads with four points scoring rounds remaining. He made his F2 debut at the Silverstone weekend in 2017, before a full season last year and again this year.

He will drive the Haas of Romain Grosjean in FP1 on the Friday of the German Grand Prix weekend at Nurburgring.