Ferrari: Three-into-two is a good problem to have 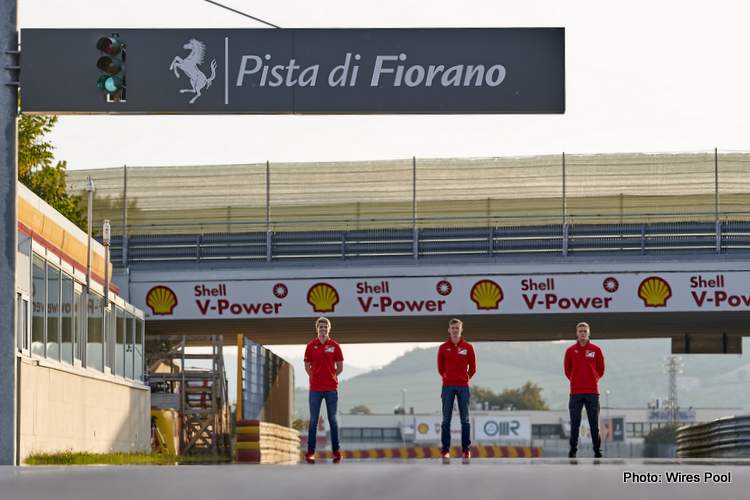 Three into two does not go! That’s the quandary for Ferrari as they have three very promising youngsters – one the son of their legend Michael Schumacher – and the other two very handy drivers, but the problem is they are only likely to have two seats for the trio of up-and-coming youngsters.

This week Ferrari confirmed that Mick Schumacher, Robert Schwartzman and Callum Ilott will be seen in FP3 sessions this season. The trio are among the standout drivers of a very useful 2020 Formula 2 field and have been rewarded by the Ferrari Drivers Academy for their efforts.

Michael’s son will be on duty for Alfa Romeo in FP1, taking over Antonio Giovinazzi’s cockpit at Nurburgring next Friday, while Ilott jumps into Romain Grosjean’s Haas for the same session.

Coincidentally or not, the drivers making way for the Ferrari duo in Germany are the two drivers most likely to get the chop at the end of the season should the trio of F2 hopefuls impress even further.

Schwartzman will have his day in the spotlight when he makes his appearance in FP1 during the season-ending Abu Dhabi Grand Prix weekend in December.

Speculation is that Haas will make way for an FDA driver – which would mean ditching Grosjean or Kevin Magnussen – while Giovinazzi is most likely to make way for Schumacher at the Swiss-based team unless the Italian can turn around an unremarkable career in F1 during the remaining races this season.

Although it has to be stressed, nothing has been confirmed by Haas or Alfa Romeo regarding their drivers for 2021. Few expected the American team to retain their current pairing for 2020, yet they did.

The three-into-one-does-not-go-factor does not perturb Ferrari sporting boss Laurent Mekies who told Motorsport Week, “It’s a good problem to have and that’s the sort of thing we want to deal with.

“The guys are doing a very good job, Mick and Callum have progressed significantly and they are solid leaders of the championship, Robert in his first year is pretty much playing with these guys straight away.

“It doesn’t give us a headache, it gives us a lot of possibilities and options for the future, and that’s exactly why we have the FDA for.”

While the team denies that the FP sessions will be an evaluation or competition between the three, but rather the next step in their respective evolutions which happen to coincide.

“We are not in a shootout mood,” explained Mekies, “We are in a mood where let’s find out to make sure they keep building. We have seen it with Charles, with many other exceptional drivers before him, it is about developing.

“The development certainly doesn’t stop when you are at the door of Formula 1, it is only the second chapter which will also involve development so we need to make sure we support them in that development. It is with that in mind that we build our programme.”

Meanwhile, today at Fiorano, the Ilott, Schumacher and Schwartzman sampled the Ferrari SF71H from the 2018 season as part of their familiarisation programme ahead of their first FP1 outings.

Schumacher junior has already sampled the modern F1 cars when he tested for Alfa Romeo and Ferrari, in Bahrain last year.

The situation invariably sparks memories of Ferrari of the sixties and early seventies, when Enzo had a had in things, when the Scuderia also ran a concerted sportscar programme with four or five-star drivers in the programme.

While in Formula 1, the Italian team would field three cars and choose from the pool of four or five drivers to do the Grand Prix races, at times the competition to be on the F1 grid in red was fierce and part of the sport’s folklore. History repeats itself in a roundabout kind of way.