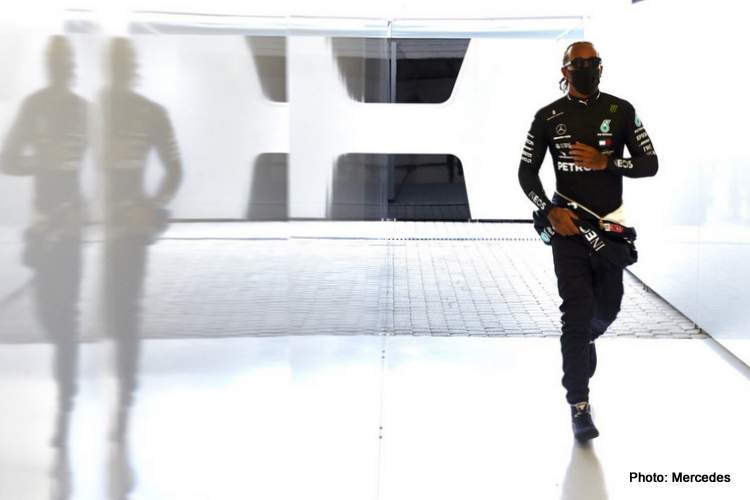 After he and his team contrived to compromise their 2020 Russian Grand Prix before it even started, Mercedes driver Lewis Hamilton suggested that officialdom was not on his side as he makes a quest for a record-equalling seventh Formula 1 world title.

Hamilton double five-seconds penalty was the biggest talking point in the aftermath of an incident-packed, albeit dour race at Sochi.

Now, former F1 driver and FIA race steward Mika Salo – on duty in Sochi on Sunday – has weighed in on the ‘allegations’ that the reigning World Champion is being victimised.

Speaking to Ilta Sanomat, Salo said Hamilton’s claims were, “Full of shit. This is by no means true. Everyone has the same rules.”

And added that the rules left no room for interpretation, “That’s pretty clear. Hamilton made his start from the section of the track and he did it twice. Hamilton made his last practice start at the white line that almost ends at the pit exit,” added Salo.

The Finn, a regular FIA appointed F1 steward, is no stranger to controversy, and recalled, “Whenever people don’t like decisions, shit happens. When we took Max Verstappen off the podium, I got death threats for a year.”

Fake news posted on Reddit claimed that Salo leaked news of Hamilton’s penalty before it aired live, this has since been discredited when the source of the ‘story’ Niki Juusela confirmed, It’s not Mika Salo. And for obvious reasons I have to protect my source.”