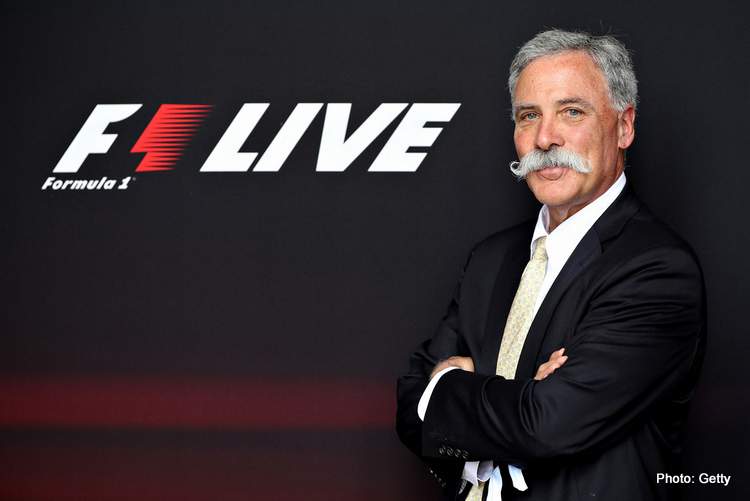 It has now been officially confirmed Chase Carey will leave his role as chairman and CEO of F1 with former Ferrari team principal Stefano Domenicali replacing him at the helm.

So, how has Carey performed in his role?

Well, Liberty Media purchased F1 from CVC capital partners back in 2017 outbidding a consortium led by Stephen Ross, the Miami Dolphins owner, and the sovereign wealth fund of Qatar. This was Liberty’s second attempt at purchasing F1 after losing out to CVC in 2014.

F1 was good for CVC but not F1 generally as under Bernie Ecclestone’s continued leadership or more accurately dictatorship CVC used F1 as an ATM taking an estimated $4.4-billion out through dividends and share sales.

Liberty had a master plan for F1 that was to include increased sponsorship, embracing digital media, and an expansion of the race calendar to include “destination” venues.

Liberty owns the Atlanta Braves baseball team in the US and had witnessed the sport’s owners MLB gross $880-million in revenue from digital media.

Liberty also owns Live Nation the US events promoter and again had witnessed a growth in revenues from events that focussed on providing a package and to this end, Liberty proposed creating a more engaging environment for the live audience at race weekends.

Liberty had their doubters with Helmet Marko commenting, “They are very straightforward, but sometimes also a bit naive. They do not yet understand the whole political process.

“For example, that they bought a company but they’re not the sole owner of the house. They have to make compromises because the FIA and the ten teams have a say as well.”

Toto Wolff also poured doubt on their plans, “There is one Super Bowl every year, not 25, and at some stage we could reach a point where we saturate the fans’ appetite for the sport. Personally, I would be in favour of a more compact calendar, between 16 and 18 races, in order to preserve the exclusivity of each Grand Prix.”

Liberty and Carey found themselves on a steep learning curve and quickly realized it was not as straightforward as they had thought.

Many observers were worried that Liberty thought they could simply “jazz” up the show and were only in F1 for the money. Well as a publicly quoted company that is undoubtedly true.
The issue was Carey was a businessman and not a racer.

The concern was a perceived lack of knowledge of F1’s heritage and with no history of involvement in motorsports, Liberty would lead F1 to a hugely different and unpalatable future.

Fans worried about the growth of pay-TV and the continuation of Ecclestone’s move away from F1’s traditional circuits.

Carey admitted that the task was more difficult than anticipated. Unlike leading US sports where franchises agree to work for the common good, F1’s consists of 10 teams at war with each other and operating with differing budgets and aims.

As Christian Horner commented in 2017, “Liberty did not expect things to be so political.”

Carey was philosophical, “I’ve been around long enough to know growing anything or building anything is not easy. You don’t win every battle, but I think we’re winning more than we’re losing. I think we’re making headway.”

One thing became clear, Ecclestone who had been retained by Liberty as CEO had to go to allow Carey who was chairman to implement his strategy.

The deed was done with Ecclestone dramatically announcing, “I was deposed today, I am simply gone. It’s official. I am no longer the leader of the company. My position has been taken by Chase Carey.”

So, with Ecclestone gone Carey assisted by Ross Brawn and Sean Bratches started to implement his plans.

So, how did Carey do?

Pre the pandemic Liberty was finding getting the new circuits like the much-hyped Miami race harder to achieve than anticipated. There was however the announcement of a Vietnam race and the return of the Dutch GP at Zandvoort.

A major new sponsor was eventually announced with the signing of a ten-year $450m deal with Saudi oil and gas giant Aramco in 2020.

Liberty also embraced the gambling world with a five year $100m deal with Interregional Sports Group that will enable the development of live in-play betting at races.

Ironically, Ecclestone had always shunned the gambling industry claiming they would tarnish the sports glamorous image! In 2016 Ecclestone said, “I looked into gambling three or four years ago. But in the end the gambling concept was not found suitable.”

F1 has a growing social media presence and has launched it’s over the top (OTT, internet-delivered content) albeit it with a rocky technical start.

Amongst Carey’s positives, he has overseen the establishment of new technical regulations and a historic cost cap.

There are however two major achievements.

Firstly, the signing of the new Concorde Agreement that paves the way for a more equitable and hopefully competitive F1. Given the crisis facing the sport and the perilous nature of some of the teams this cannot be underestimated, F1 could easily have imploded.

To get the teams onboard Carey had to use all his skills as an experienced negotiator, talents honed working as vice-chairman of Rupert Murdoch owned 21st Century Fox where he launched Fox sports in 1994 and brokered a $1.6bn deal between Fox and the National Football League.

The second achievement that may well turn out to be Carey and Liberty’s greatest contribution to F1 was to steer the series through a global pandemic.

The chaos that was Melbourne back in March indeed found Carey wanting but it would only be fair to say he was not alone with many world leader’s all stumbling their way into the unknown.

Since then Carey has managed against incredibly difficult challenges some said insurmountable ones to bring the fans a potential 17 race season.

A calm head was required to steer this course and again Carey had the experience of a perfect storm as he had guided Rupert Murdoch through the potentially ruinous phone-hacking scandal.

Murdoch referred to Carey as his most “trusted advisor” a compliment not given lightly by a notoriously ruthless individual.

So, Carey will no doubt be given a favourable entry when the history books on F1 are written.

On a footnote: After the departure of Daimler’s Dieter Zetsche from the paddock Carey reigned supreme on the moustache front with his impressive handlebar creation!