Abiteboul: A strong team result but you always want more 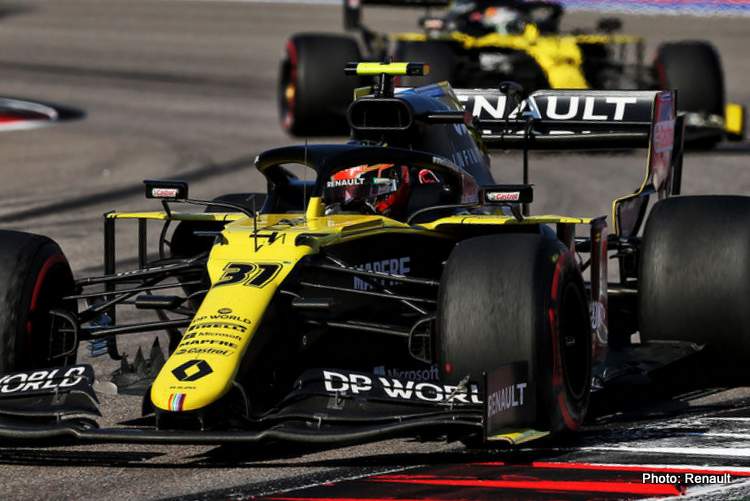 Renault’s Cyril Abiteboul says he is pleased with his team’s performance in the Russian Grand Prix, even though they took a step backwards from the podium.

Finishing fifth and seventh courtesy of Daniel Ricciardo and Esteban Ocon respectively, the Enstone outfit picked up a healthy haul of 16 points, although Abiteboul admits he had hopes to finish higher having come so close to a podium last time out at Mugello.

“The weekend has delivered a strong team result with 16 points added to the Constructors’ Championship,” he said afterwards. “We felt since Friday morning that we could achieve that sort of position and it’s good to have done that.

“Obviously, you always want more, but the four cars that finished ahead of Daniel deserved to be where they are. We knew we would be under the threat of the cars starting outside the top ten and that’s exactly what happened with Leclerc and Kvyat. But Daniel was really impressive in building the required gap to Leclerc to absorb the five-second penalty from going deep into Turn 2 when we swapped the cars to mitigate the time lost behind Vettel.

“Esteban, on his side, struggled a bit more with grip at times during the race, but was remarkable in defending from Kvyat for more than 20 laps and contributed to the overall team achievement.”

More importantly, Renault have now bested their total of 91 points in the 2019 constructor’s championship with 99 in 11 fewer races.

“[This] is a clear demonstration of the team’s progression, year on year,” Abiteboul summarised. “It’s also closer than ever to the two teams ahead and it’s going to be a very exciting fight with both of them to the end of the season.”

With seven races remaining in the 2020 season, Renault sit on fifth in the constructor’s standings, albeit with just five points between them and P4 Racing Point, and a further two behind P3 McLaren.