Verstappen: I was just trying to do my own race 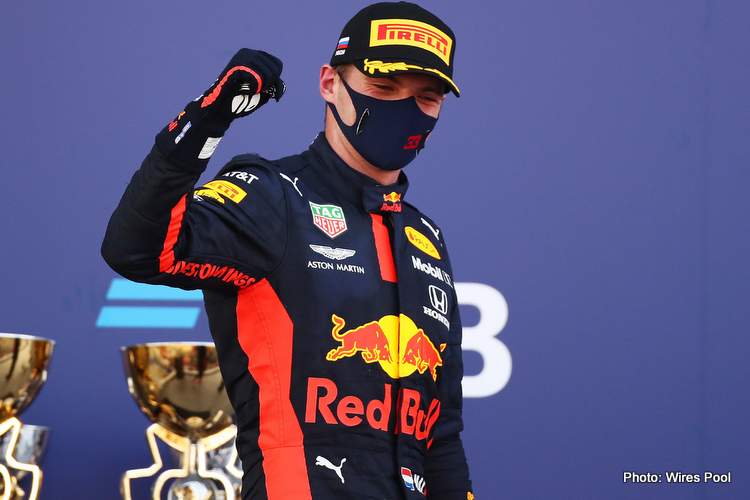 Red Bull’s Max Verstappen was again the thorn in the side of Mercedes, after splitting the dominant duo in qualifying on Saturday, he did the same in Sunday’s 2020 Russian Grand Prix, finishing second in an incident-packed race.

All drivers starting from the inside of the grid were compromised at the start by lack of rubber to help with launching off the grid, Max was also a victim and explained in parc ferme after the race. “Very low grip on the insides. It cost us a bit but otherwise quite interesting.

“After the restart, we were a little slower on the medium, I was having problems with the balance. Once we were on the hard tyre we were a bit more competitive. I was just trying to do my own race today. I think we managed it well. I am very happy with second especially after two DNFs.”

The Dutchman added in his post-race report, “We can be very happy with second place today, especially on a track where we know that we aren’t normally so competitive. It is a good amount of points for the Team and what we needed after the last few races.

“It’s good to be back on the podium and we can definitely be pleased to finish within eight seconds of Bottas on this track,” ventured the Red Bull driver who lies third in the championship standings after ten rounds.

You voted @Max33Verstappen your #F1DriverOfTheDay!